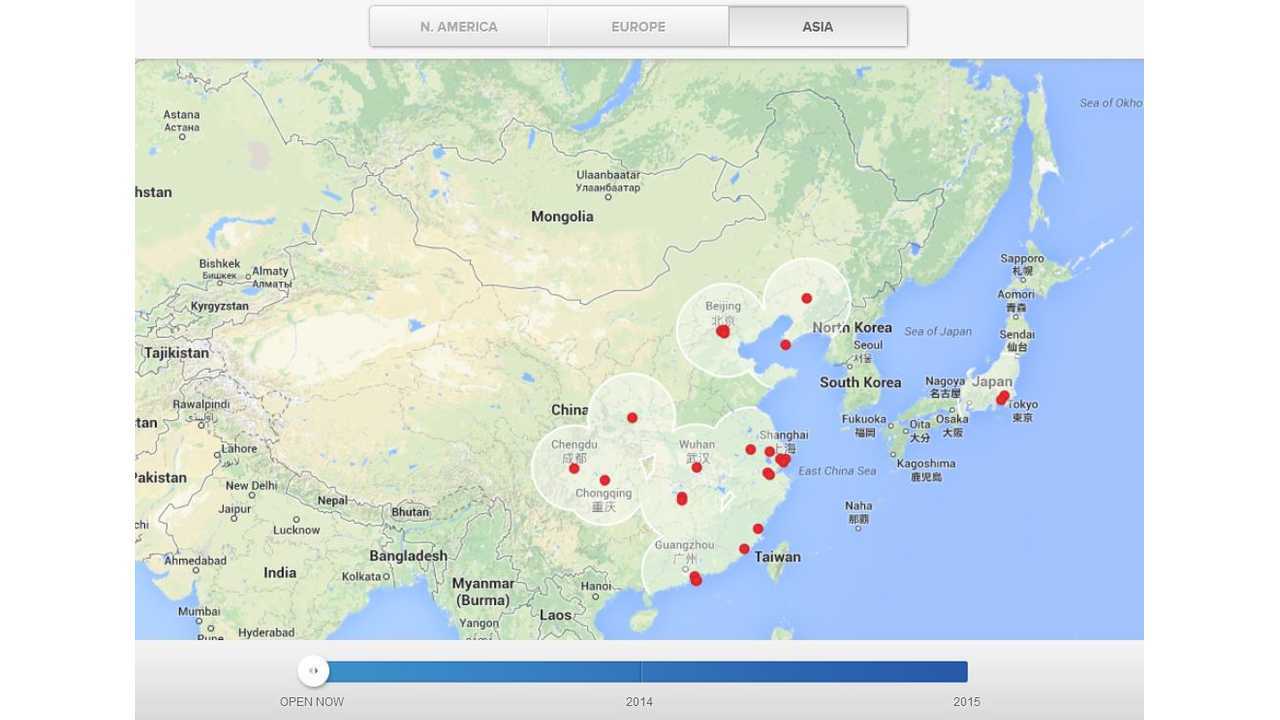 8 months ago, Tesla Motors installed its first Supercharger in Asia.

Today, there are well over 30 Superchargers in Asia, most of which are located in China.

This growth of the Supercharger network in Asia was unexpected.

It wasn't long ago that the U.S. was home to more than 100 Superchargers, while elsewhere around the globe there existed only a handful of Superchargers.

We applaud Tesla's continued effort to roll out its Supercharger network around the globe and truly appreciate the fact that Tesla is getting fast chargers in the ground in regions where none have existed before.