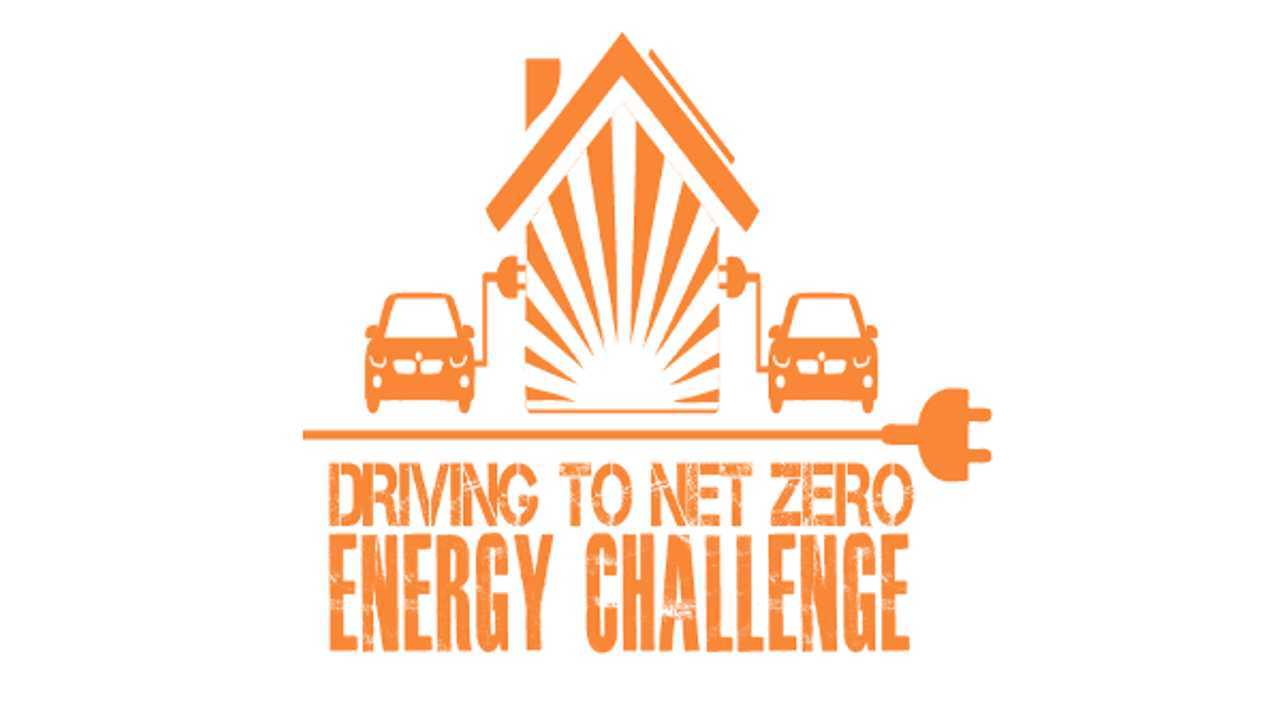 The idea is a simple one, harvest endless sunshine from a small portion of a roof to provide 100% of the energy needed to power a home and two cars with zero utility cost, and zero gasoline cost.

The beginning, almost 6 years ago with the Mini-E and our Sungas Station.

We continue to amass a large credit on our annual energy bill, more on that below.

As we begin the fifth month of the "Driving To Net Zero" energy challenge, I'm reflecting on the beginning of our transition from two gas cars to two electric cars powered by solar.

The Solar PV on our house was first when we built our home in 2006. Then came the 2008 Mini-E and the fascination about the potential to provide the electricity required by the electric Mini-E from the roof of our home.

Will it work? will it go up hills? will the batteries be unreliable? will it be like a golf cart and begin to slow down on the final four holes? Will it be a toy or will it be reliable transportation? Will it be boring? Will the headlights dim like a flashlight running out of juice? Will it start when I push the button? Can the sun make enough energy via Solar PV to power the car? Will my garage blow a fuse or worse? Will I be considered a dork in a play car not a real car?

*Editor's Note: This post appears on Peder's blog.  Check it out here.

We kept our two gas cars as we were unsure the electric Mini-E would work for us. We simply didn't trust it, however it was experiment that we were eager to try.

We loved our time with the Mini-E # 187 like no other car before. The Mini-E worked beautifully as fun and dependable transportation, far beyond our expectations. After three or four months of not using the other gas car at all, we sold the gas car and became a one electric - one gas car family.

Two and a half years and 35,000 sunshine powered miles went by fast in the Mini-E. As I was preparing to transition into "my" second pre-production car the BMW ActiveE, an unexpected and surprising event occurred. My wife Julie claimed dibs on the ActiveE. I decided very quickly it was better for me to drive a gas car and be happily married and let her drive the ActiveE than insist upon driving the ActiveE. I was miserable for several months wanting to get back into an electric car.

After Julie drove the ActiveE for a year without needing a gas car, we then knew that neither one of us needed a gas car and we transitioned to two electric cars. First the BMWActiveE and the Honda Fit EV en-route to our current garage filled with two BMW i3's.

That's the short version of a very long transition from interest but skeptical, to amazed and excited about transitioning to EV's.

From where we are now having completed that transition, it's almost humorous to think about our concerns from several years ago, if one electric car would work even if we kept the two gas cars. Yet that was exactly our concern and is a concerned shared by most who are thinking about beginning their own personal transition from gas to electric. For most, similar to our experience, it will be an evolutionary change with many steps as compared to a revolutionary process. The inertia of the status quo (gas) is strong and difficult to change.

So how are we doing in the Driving To Net Zero Energy Challenge, living in a solar powered house and driving two cars a total of 24,000 miles for a year?

We're a third of the way through the year with a little over 9000 on the i3's. We're still generating more energy than we use although that will change soon as we get into the winter months, we hope to catch back up and get to zero net usage in the sunnier months of March April and May.

Last month we saw a large uptick in the amount of energy we used primarily from driving our French exchange student everywhere and the cooling of our underground wine cellar during a very hot month. The good news was that our solar PV generation was also high.

How can we use 117 kwh for the month and have a $132 credit you may ask? Simply because energy is cheap at night and expensive during peak hours. Energy is priced $0.49 per kWh during the hours when we produce extra and $0.16 to $0.20 per kWh during the times when we use electricity from the grid, thus a credit. You can see when we generate or use energy in the chart below.

Although the challenge began in May, we will be below zero in cost with our true up bill in January. We are currently about $445 ahead for the year with just a few months remaining.

We used 605 kWh to drive 2860 miles last month. We had5 DC fast charging
experiences (approximately 80kWh in total) as we were driving further away
from home-base during the month.

One last thought for this month. The air that we breath is not our private property. The air that we breath is part of the "great commons" shared by all that inhabit our planet. Our cars and their emissions are our personal property. We should and must be concerned about the health of our commons and our role as private citizens in making them better, or making them worse.

Thanks for reading and commenting. Many more topics to cover in the coming months.

(Past “Driving To Net Zero” articles)

*Editor’s Note: Peder is the Chairman of the San Diego County Planning Commission. His wife Julie is Director of Curriculum and Instruction at the Solana Beach School District. They have been Field Trial drivers for BMW for five years. Together since 2009, they have driven 100,000 EV miles powered from roof top solar.