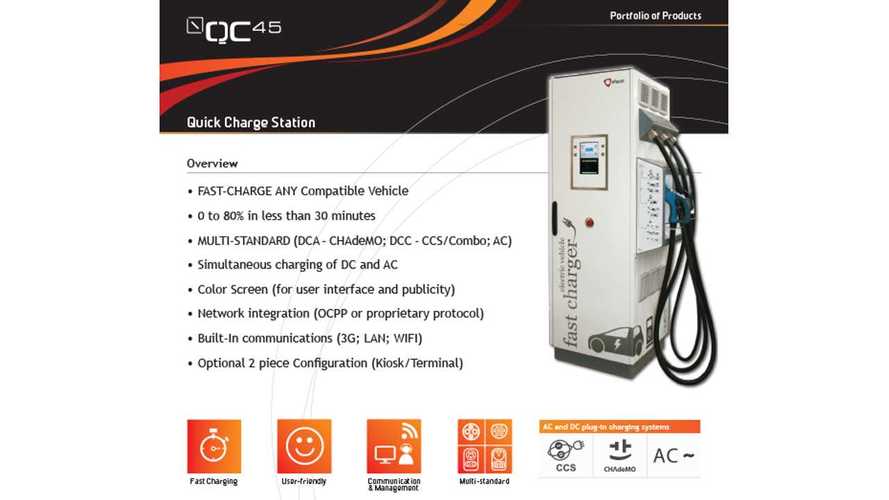 60 new QC45 fast chargers will be installed at highways by the EcoCare Milieutechniek.

"The quick chargers are integrated with a renewed back office system from Allego and are being placed in the Netherlands and Belgium on rest areas along or nearby highways. A part of these chargers is a replacement for other ones not supplied by Efacec.

This project is at the moment the biggest quick charging network in operation in Holland.

Efacec partners for this project with EcoCare Milieutechniek (part of the Van der Werff Group – The Netherlands) who takes care of the placement and installation of the 60 QC45 chargers.

EcoCare and Efacec have an exclusive cooperation for the Dutch market."

With so many chargers under one operator, we see some competition for fast charging operator, FastNed with 20 stations in the Netherlands.