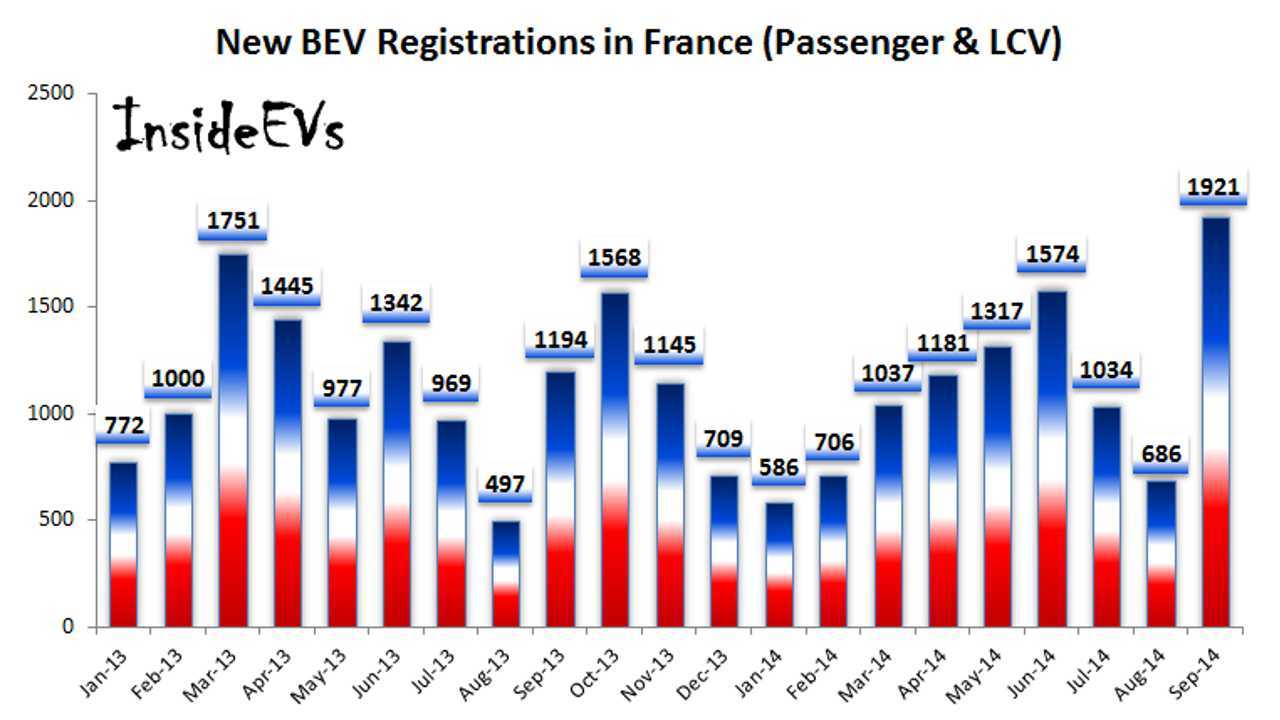 France surprised the world with a new electric car sales record in September.

As light delivery vehicles registrations declined by 26% to 407, all the growth comes from passenger cars - 1,514 of them in September. This is significantly better than March 2013 (2nd highest sales month in France since January 2013).

Renault ZOE is back to high growth with 914 registrations, which is its second best result ever.

ZOE had 60% share of all passenger EVs in France.

Second best was Nissan LEAF, which smashed its own record with 297 registrations (more than a hundred above its previous best April - 178).

Bollore Bluecars is the last model over a 100 registrations (136).

Other EV models do not sell so well. Just 19 new Tesla Model S were registered this past month.

Renault ZOE surged to 10% of Clio sales, which means that for every 10 Clio sold, there was 1 sale of ZOE in France.