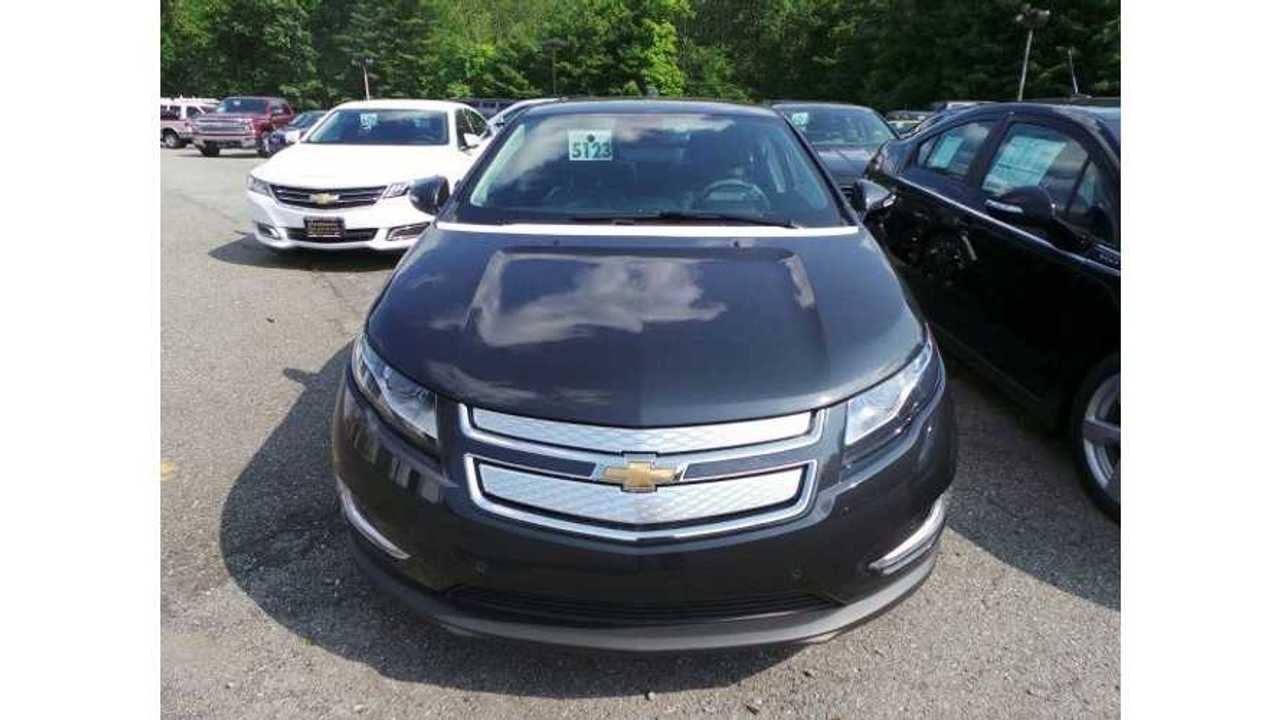 Despite being due for a major overhaul, the Chevrolet Volt is still capturing awards, like this latest "Best Buys of 2015: Electric/Hybrid" from Kelley Blue Book.

"Unique technology and strong value drive the Chevrolet Volt to victory as our Electric/Hybrid Car Best Buy for 2015."

"That the Chevy Volt stands atop our list of Electric/Hybrid Best Buy contenders after four years in the marketplace is a testament to its virtues. The Volt might not be the newest entry in a group that includes the Nissan Leaf, BMW i3 and Toyota Prius, but a clever powertrain and exceptional value helped Chevrolet's gasoline/electric wondercar secure the win."

"Among an exceptionally diverse field, the Volt occupies a sweet spot between value and desirability. Those same traits have helped the Volt's position as one of Kelley Blue Book's 10 Best Green Cars every year since its introduction. Last year's $5,000 price cut didn't hurt either."

So, the Volt is still a winner, despite being one of the "oldest" plug-ins on the market.  Even a newcomer, the BMW i3, couldn't beat the Volt.

This line from KBB sums up the Volt rather well:

"In essence the Volt adapts to the needs of the driver...not the other way around. That's a trick that pure electric cars, at least for the moment, can't match."

The finalists for this KBB award included the BMW i3, Nissan LEAF and Toyota Prius.

Here's a snippet from KBB on each of the 3 finalists:

BMW i3: The BMW i3 spurred some deep discussion among our editorial staff about what constitutes "value." In the end, the i3 wasn't quite intriguing enough to overcome its price premium, but the Bimmer's unusual interior materials, distinct exterior and driving dynamics might win over buyers with more flexible budgets.

Nissan LEAF:  Hybrids have their place, but in some circles they're merely half measures. As a pure electric car, the Nissan Leaf will never, ever, ever use a gallon of gas. For unadulterated green cred, it's hard to top that kind of commitment. Of course there's more to the Leaf than the lack of a gas tank. It's actually quite practical, thanks to a hatchback body style and 5-passenger seating.

Toyota Prius:  Drive one and you might notice a distinct lack of power...or fun, for that matter...but criticizing the Prius for those shortcomings misses the point. The Toyota Prius does everything real people need a car to do, just without using so much gas. It might be a universally recognized beacon of earth-friendly efficiency, but at its core the Toyota Prius hybrid remains a genuinely innovative vehicle that's easy to live with.

For the full KBB write up, follow the source link below. *Note: Video appears to not play friendly with our website, so hit up the link below to check out the video too.