Toyota Fuel Cell - How Does It Work? - Video 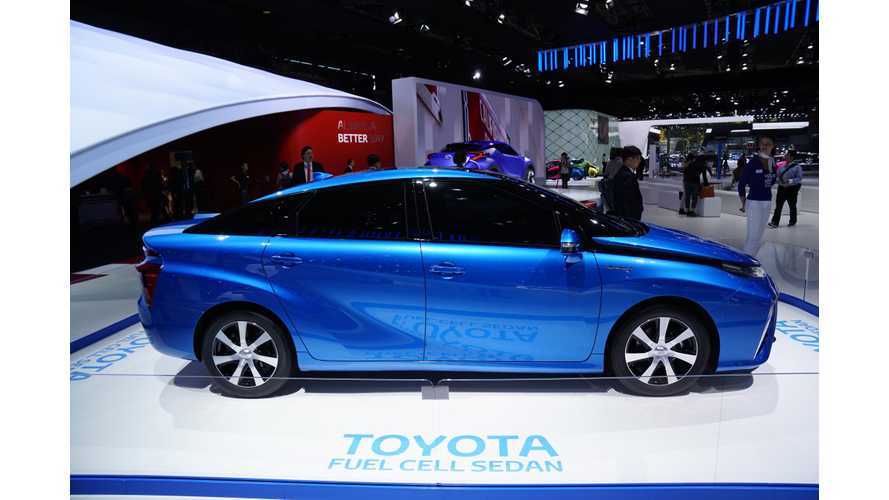 The Toyota Fuel Cell Sedan, now called Mirai, is scheduled for US launch in 2015 in selected states with hydrogen infrastructure.

Before you place an order, it would be good to familiarize yourself with the fuel cell car and how it works.

We could say that FCV is mix of two worlds - it drives like an electric car (as there is electric drivetain), but you refuel it like an internal combustion car at the station.

There is also a small battery pack, like in a hybrid car, for regenerative braking and because fuel cells don't like to change output power. Batteries are also used for driving at very low load, when it doesn't make sense to turn on the fuel cell.

Besides two large hydrogen tanks (at 70MPa pressure), fuel cells need a lot of oxygen to make electricity for the motors, and this is probably why there is such a large air collector in the front.

"Thanks to its hybrid knowledge, Toyota created the first fuel cell production car. It is a vehicle driven by an electric motor powered by the electricity generated by the chemical reaction between onboard hydrogen and airborne oxygen.

This video explains how the fuel cell technology works."