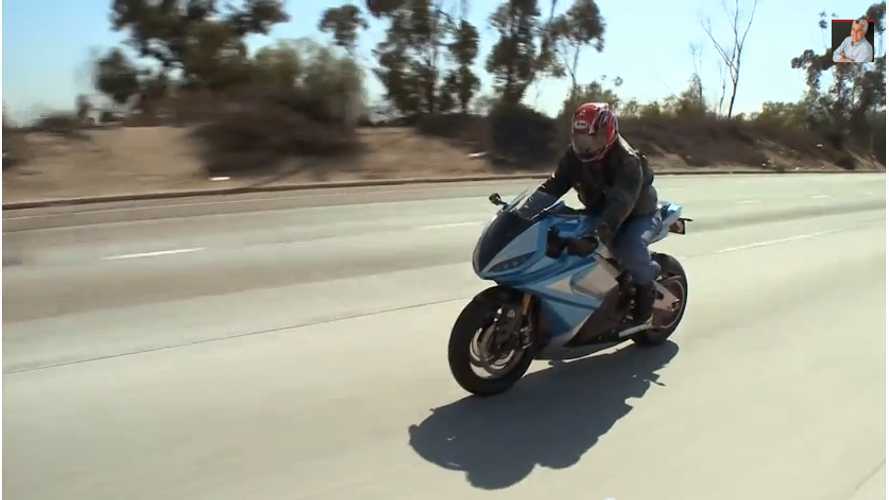 Lightning has been getting a lot of ink lately, what with its big delivery to their first customer, and its red carpet appearance.  The other day, the bike got featured on Jay Leno's Garage.

Besides showing some amazing clips from the On Any Sunday: The Next Chapter film, we get a lengthy interview with Richard Hatfield, CEO of Lightning, where we learn the company built the first "lithium-powered sportbike" (a claim we're interested to fact-check), as well as some sweet test-ride footage ("...the biggest problem with this thing is you gotta keep slowing down to let the camera truck catch up with you...").  The comment that the bike delivers 200hp left Leno almost speechless.  (Almost.)

Though Leno's not quite the most critical reviewer, we are guessing from his comments on the regen mapping it's not as refined as the Energica EGO. He also makes a comment about the bike feeling like it has a fairly high center of gravity, which, at about the same weight as the EGO is interesting.  Other than that, he seems to like it.  ("200 horsepower".  What's not to like?)