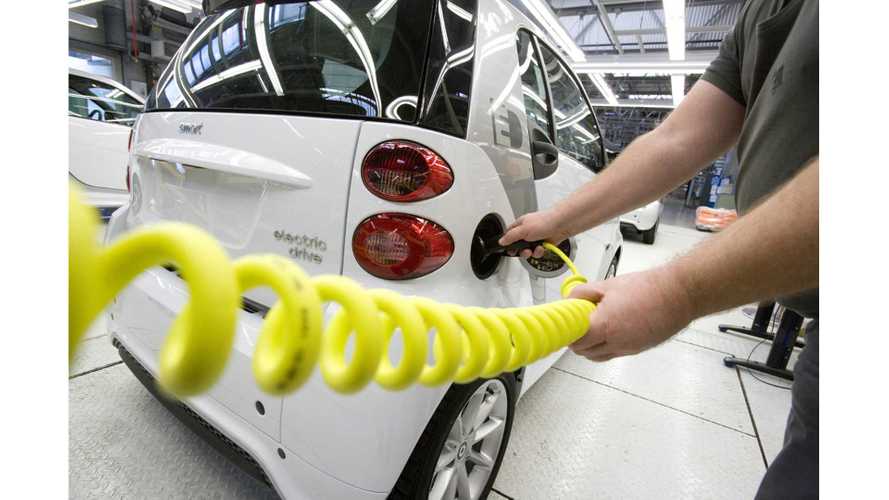 Earlier this year, Daimler acquired the Li-Tec battery joint venture, in which the majority stack was previously held by Evonik.

Now, it seems that Daimler, as a sole owner of Li-Tec, came to the same conclusion as Evonik and is not willing to invest in the company any longer as there is no chance to make a profit.

Li-Tec is scheduled to be closed down in December 2015, according to Der Spiegel.

“Our cells are very good, but at current production figures far too expensive. We have realized that a car manufacturer does not have to produce the cells themselves.”

This must indicate that we're roughly a year and a half away from seeing smart electric drive with batteries from a different manufacturer. LG Chem according to Der Spiegel.

"Li-Tec will be retained as a research location; the majority of the 280 employees will be transferred to the Deutsche Accumotive—also a wholly owned Daimler subsidiary—which manufactures battery packs. Accumotive is currently expanding its production capacity to build systems for the next generation of the electric smart among others."

Li-Tec's end is bad news for Evonik, which still was supplying ceramic SEPARION separators and LITARION electrodes, as there are no other mass-produced cells with those materials.