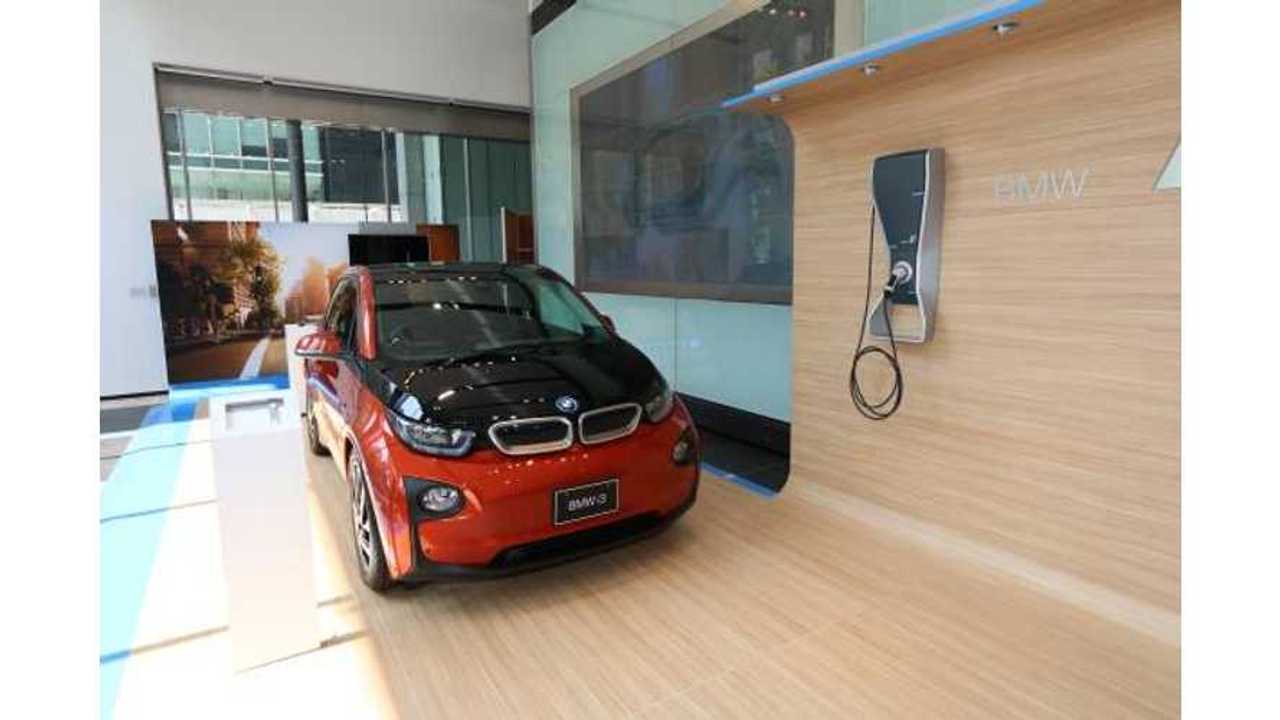 Now that sure didn't take long.

If you recall, it was just over 2 months ago when Nissan delivered its first LEAF in Mexico (or more than 3 years after the LEAF launched in the US), but for BMW's i3, it took less than a year from its launch in Europe before the EV recorded its first sale in Mexico.

That's quite a remarkable achievement for BMW and it seems the German automaker is dead set on making the i3 the world's most available electric car.  Look out Nissan, BMW is coming to steal your crown.

Here's BMW press release (translated from Spanish) on the first i3 sale in Mexico.

Mexico, Federal District 2014.- 29 September Attended by Helder Boavida, CEO of BMW Group Mexico, carried out the delivery of the first 100% electric vehicle made ​​from carbon fiber, the BMW i3 in Mexico city.

The ceremony took place at the newly opened showroom of Bavaria dealer located in Polanco, where modern, functional and minimalist living units are delivered, was the perfect setting for Mr. García-now owner BMW i3- continue living the BMW lifestyle began when it was decided by the innovative vehicle.

Boavida Helder said: "With the delivery of the first BMW i3 vehicle, are helping to break the mold and take a step forward in relation to sustainable mobility in the city of Mexico."

The BMW i3 is part of the revitalization of the city, as electric vehicles on its streets, it is shown that modernity and ecological consciousness is present in it. "Not long ago, electric mobility in Mexico was inconceivable, because we did not have the appropriate infrastructure; however, in recent months, the BMW Group has been placed in Mexico City several public charging stations, and we are committed to reach 30 of them at the end of year, "said Boavida.

With respect to the load, it is important to mention that the BMW i3 and BMW i8 hybrid plug -Vehicle which is also sold in Mexico have, if desired by the customer, with the "Electric 360" package is based on four aspects: charging at home, public charging, mobility services and support services, through various partnerships that allow us to be connected to the new trends in megacities through visionary solutions.

Upon delivery of the keys of the winning vehicle of "World Green Car and World Car Design Of The Year" under the New York AutoShow, and "iF Product Design Gold Award" in 2014, Boavida concluded, "I am honored to deliver the first BMW i3 Mr. García; I'm sure you will enjoy it very much a vehicle not only for its handling of a typical BMW with a design that breaks paradigms; but know that it is becoming a pioneer in sustainable mobility, with a product from conception is connected with the environment, using recycled materials, and using new technologies.