Nissan LEAF US Sales Continue To Surge In September 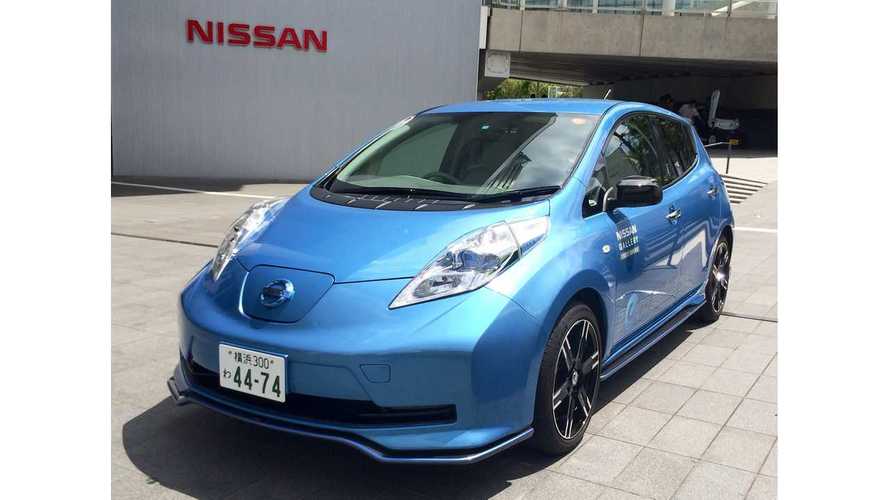 Nissan LEAF Nismo (sorry, none for you America)

Nissan LEAF to Home (sorry, none for you America)

Finding itself up against some fairly low comparables from September of 2013, Nissan easily continued to outperform its results from last year.

And for those who are thinking, "It seems like the LEAF is setting new monthly records a lot", you would be right - as this is the 20th consecutive record month the company has raised the bar.

This strong result is also on the heels of August, when Nissan set a new all-time record for fully electric sales in the US (and the world) by selling 3,186 copies, while bringing its share of the plug-in space in America up to almost 25%.

“Nissan LEAF owners have turned into some of our best marketers, and they jump at any opportunity to share their enthusiasm with friends and family,” said Toby Perry, director, Nissan EV Marketing.

“Take National Drive Electric Week—a grassroots celebration of all things EV and the perfect platform for LEAF owners to showcase the benefits of going electric. After celebrating with EV owners in more than 130 cities across the country, we saw a significant increase in LEAF showroom visits with midweek traffic just as heavy as what we see on the weekends.”

Despite A Growing Field Of EVs, Nissan Continues To Hold Its Own Through August (*does not include Tesla Roadster, Fisker Karma, and small non-retail offerings)

And despite all these LEAF sales, Nissan has been able to keep a passable amount of LEAF inventory on dealer lots.  For the month, nationwide inventory dropped about 500 units, but closed with month with just over 4,000 full electric EVs in stock.

Also of note:  During September, Nissan did have a bit of crisis of faith when it came to producing batteries for the LEAF as reports indicated that LG Chem would be coming on board to assist in manufacturing cells for the next generation of LEAF (due towards the end of 2016).

Nissan has stated their manufacturing facilities will still remain open and doing the job of supplying battery packs to assembly plants.