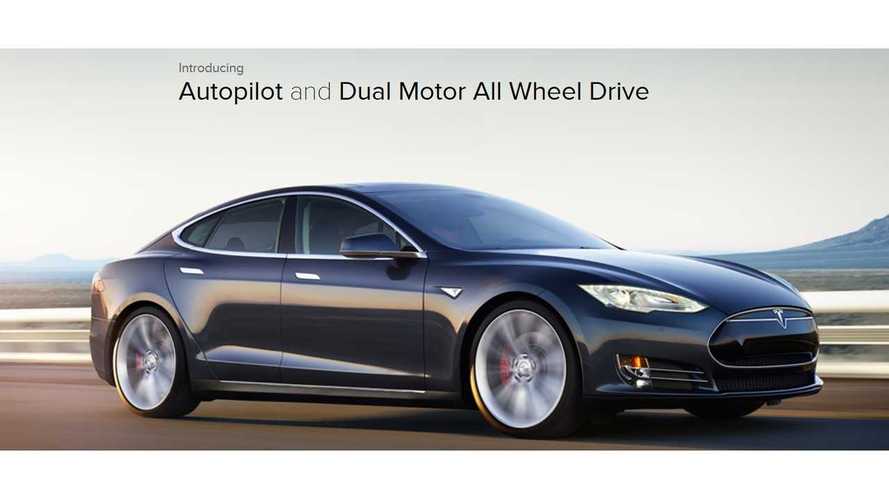 Just in time for Christmas, it's end-of-the-year fire sales time for older versions of the Tesla Model S.

By introducing the dual motor version of Tesla Model S and announcing the Autopilot features, a lot of potential Model S buyers and even current Model S owners now are buying the latest versions.

It's inevitable that demand for previous versions of such luxury cars will weaken. Tesla understands this all too well.

According to Consumer Reports this is the right time to get discounts on new or nearly new Tesla Model S without dual motors and Autopilot.

"A source inside Tesla points out that remaining 2014 Model S cars, including showroom display cars, are available at a discount. Tesla is dropping prices on the cars by at least 1 percent per month from production and offering $1 off per mile on the odometer, where applicable. These cars include dealer demos and service loaners that could have significant mileage on them. In checking with a local dealership, such discounted cars appear readily available. Based on our research, you could save thousands. (We found several models at a local store with discounts between $9,000 and $14,000. We confirmed that these cars have not been registered, so are eligible for electric-vehicle new-car tax credits.)

Now may be a great time to get a rare discount on a new or nearly new Tesla Model S. Of course, a discounted 2014 Model S won’t have Autopilot or all-wheel drive, but it is still a top-rated luxury car."

So, now you can even get a new Model S at discounts, provided you're not dead set on getting it with the latest tech.