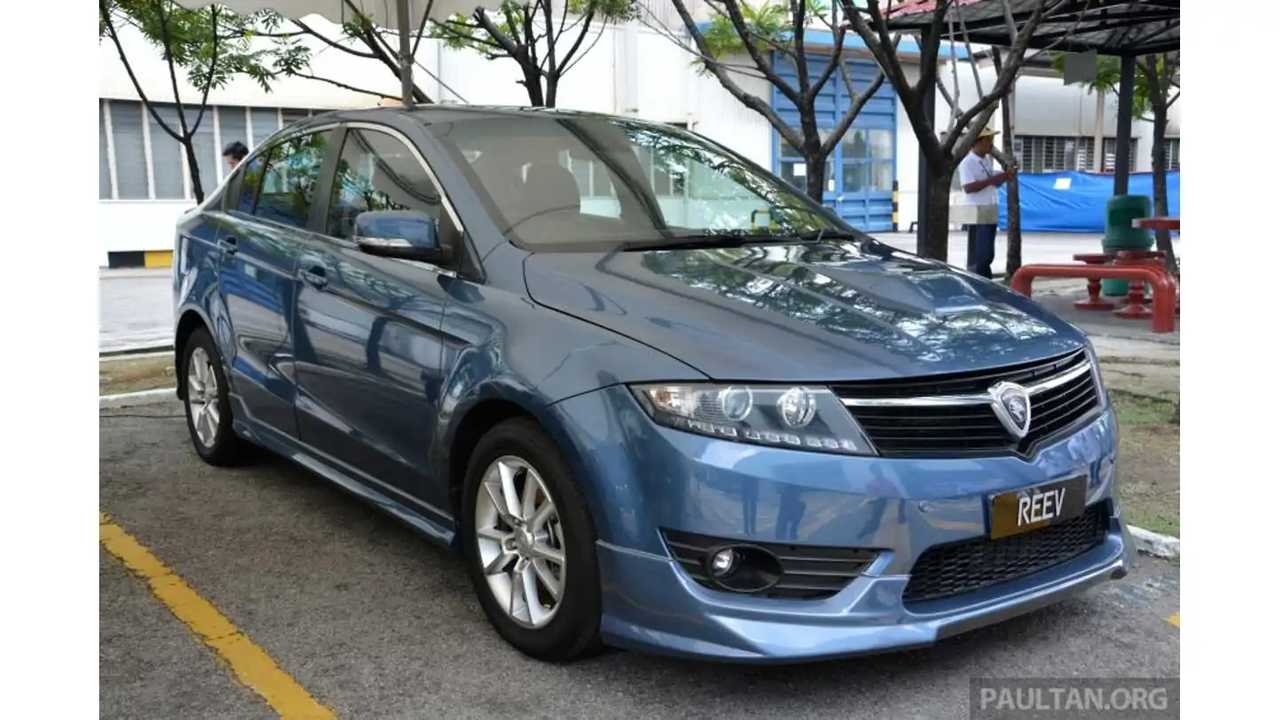 This is a range-extended electric car based on the conventional Preve model.

It has 15.7 kWh worth of lithium-ion pouch cells (stated energy density at the cell level is 163 Wh/kg), which should be enough to drive over 50 km (31 miles) in all-electric mode.

There is also a small 1.3-liter engine, which serves as backup.

"According to the Proton engineers manning the booth, the more powerful generator engine allows the Preve REEV to maintain highways speeds even when the batteries have been exhausted, as the more powerful engine can now produce enough power in real time to keep the car going at high speeds."

"It’s a prototype to test the REEV system, so the engine bay packaging hasn’t really been done to production car standards. As a result, the engine is mounted high, and the engine hood had to be modified with a bump to clear the engine. The 15.7 kWh lithium ion batteries are mounted under the floor, and the fuel tank has been moved a little to the rear to make way for this."

Here are some additional details: