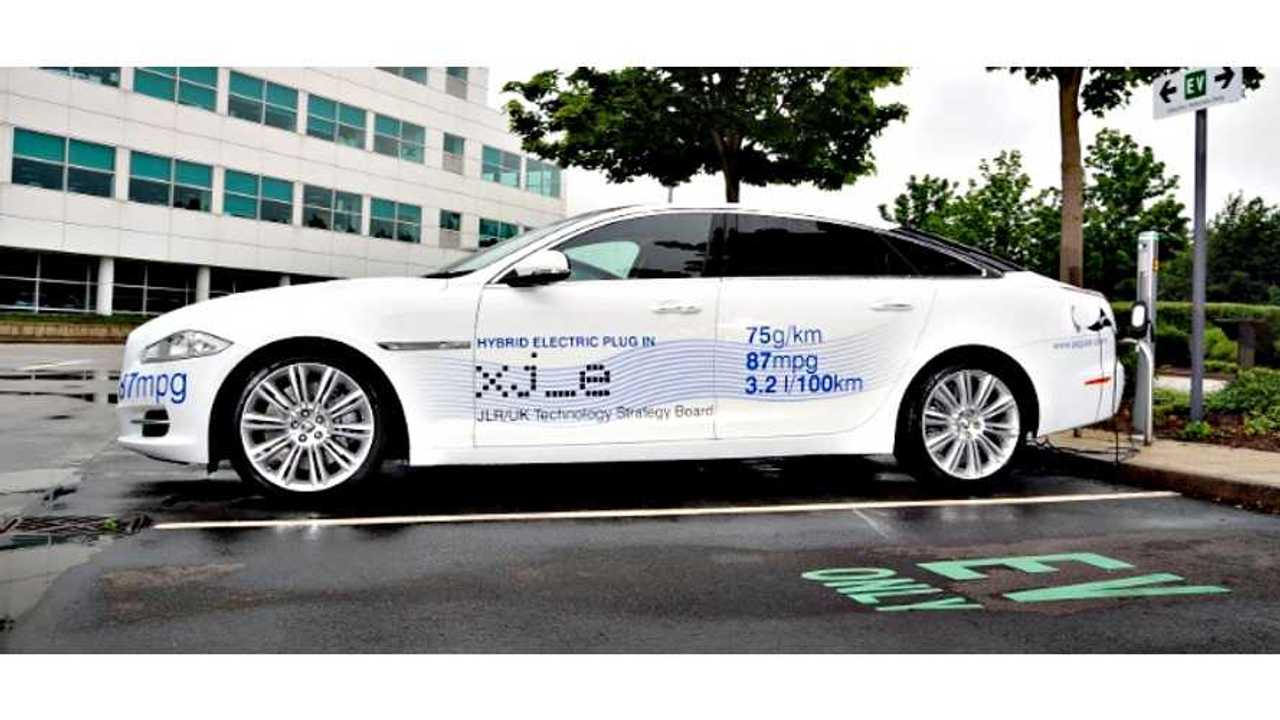 Jaguar-Land Rover filed a trademark in the U.S. for "EV-Type," which follows Jaguar's old naming convention  (S-Type and X-Type), as well as it's current use of F-Type.

According to Auto Guide:

"The company filed applications to both offices aiming to trademark the name “EV-Type.” The filing doesn’t include more detailed information about the company’s plans..."

"That could point to the company taking early steps in preparation for an alternative fuel version of its sports car. At the 2011 Frankfurt Motor Show, the company showed the C-X16 concept, a hybrid-electric sports car that turned out to be a precursor for the F-Type sports car, which is currently powered by V6 and V8 gasoline engines."

But truthfully, nothing beyond the trademark filing of "EV-Type" is known at this time.