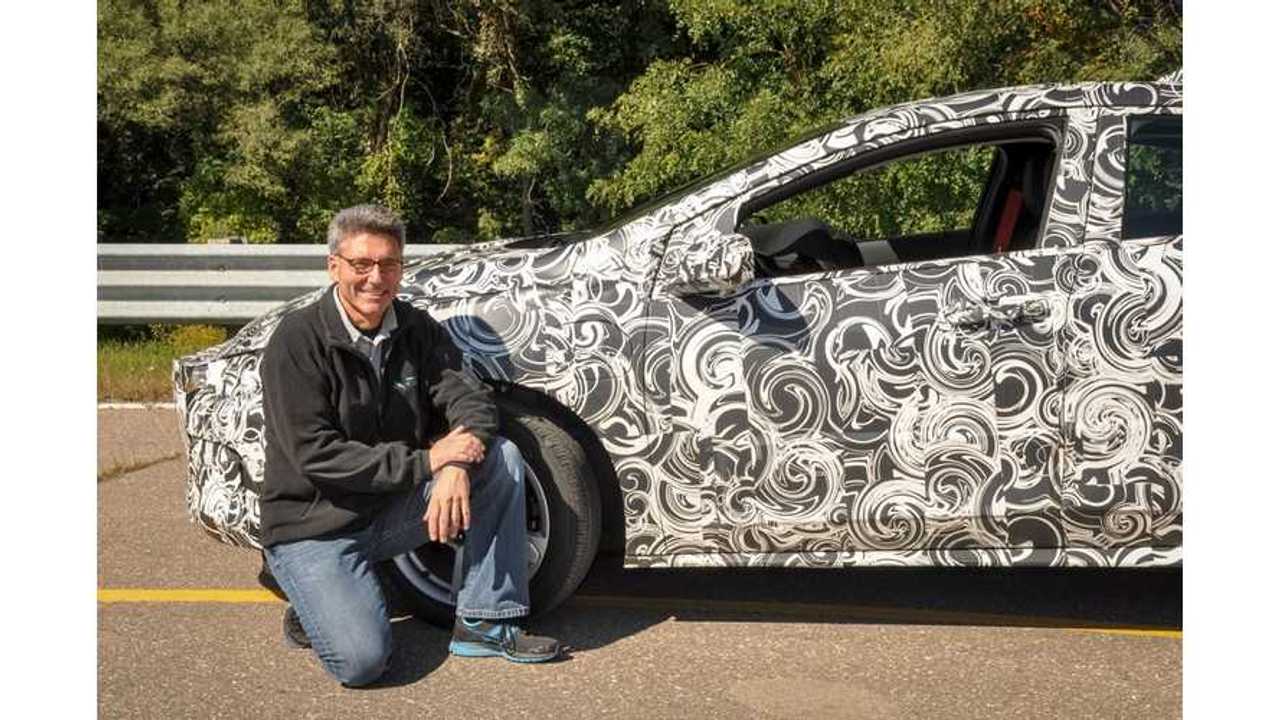 General Motors, in a rare interaction with the media that reminds us of the early days with the first iteration of the Chevrolet Volt, talks about the upcoming 2nd generation of their extended range car, and the necessity of camouflaging the vehicle.

After The First Gen Chevy Volt Accidently Broke Cover On The Set Of The Transformers, GM Hopes To Make It All The Way To The NAIAS With Then Gen 2 Car

And while the camo'd Volt has been spotted several times in and around Michigan, we have to hand it to GM for keeping the 2016 Chevrolet Volt under wraps.

The car officially debuts at the 2015 NAIAS in Detroit in January, and this time there is no Transformer movie to blow its cover.

GM says that the act of camouflaging the car itself is the job of the engineers to accomplish, not the designers.  A position of which the engineers aren't particularly thrilled about.

"If it were up to me it would be a shoebox driving down the road,” said Lionel Perkins, GM camouflage engineer. (Yes that is a real job)

“The design team wants us to cover more of the vehicle and the engineering team needs to have enough of the vehicle’s weight and aero exposed so that the tests in the development process are consistent with the product that will come to market.”

The company also notes some "tricks of the trade":

In addition to stating that the camo on the next-generation Volt was started six months in advance of early development, Engineer Perkins says:

“Each car is unique. We are like a dress maker, and the car is our model.  No two models are the same. We need to make the right dress that fits the body we are dealing with.”

So, will the 2016 Chevrolet Volt make its NAIAS in January without being seen?  Probably not - but GM has done a pretty great job getting this far.