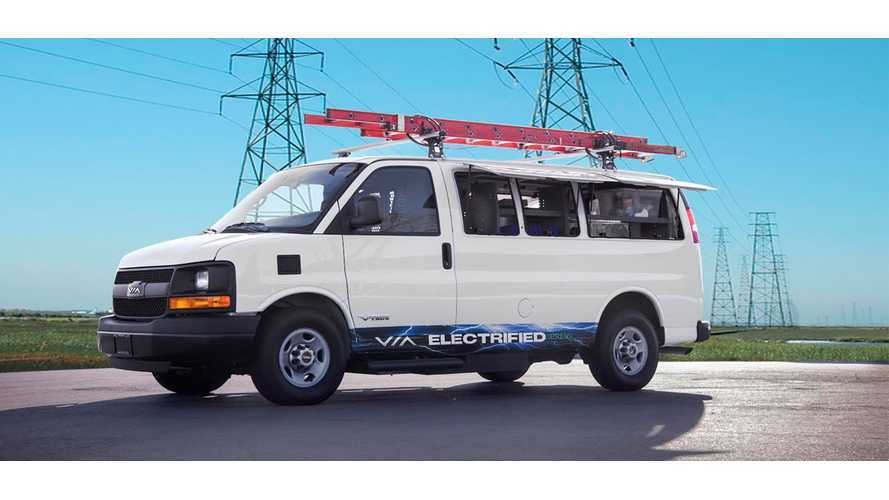 This EPA certification does not include EPA range ratings or MPG data.  Rather, it's the EPA signing off on VIA's EREV van, thus allowing sales nationwide, even to the public if VIA chooses to do so.

According to VIA Motors, its proprietary V-DRIVE powertrain delivers up to 40-mile battery range and unlimited extended range, averaging over 100 miles-per-gallon in typical daily driving.

With the green light from EPA, 23 units were already delivered to customers with another 3 in transit. More deliveries are coming soon.

"We see our eREV vehicles as an important part of the fleets of the future. This all-important EPA certification validates our concept of integrating VIA's proprietary powertrain into OEM vehicles to deliver both economical and clean vehicle solutions,".

"This is just the beginning. We are very excited about many other major milestones on the horizon as we continue to fulfill the needs of our major fleet customers with VIA VTRUX vans and trucks."

"If we are going to see main stream adoption of electric vehicles, the technology must deliver a good return on investment to the largest segment of the auto business, namely trucks and vans. That's why I am so confident in VIA and proudly serve as Chairman."