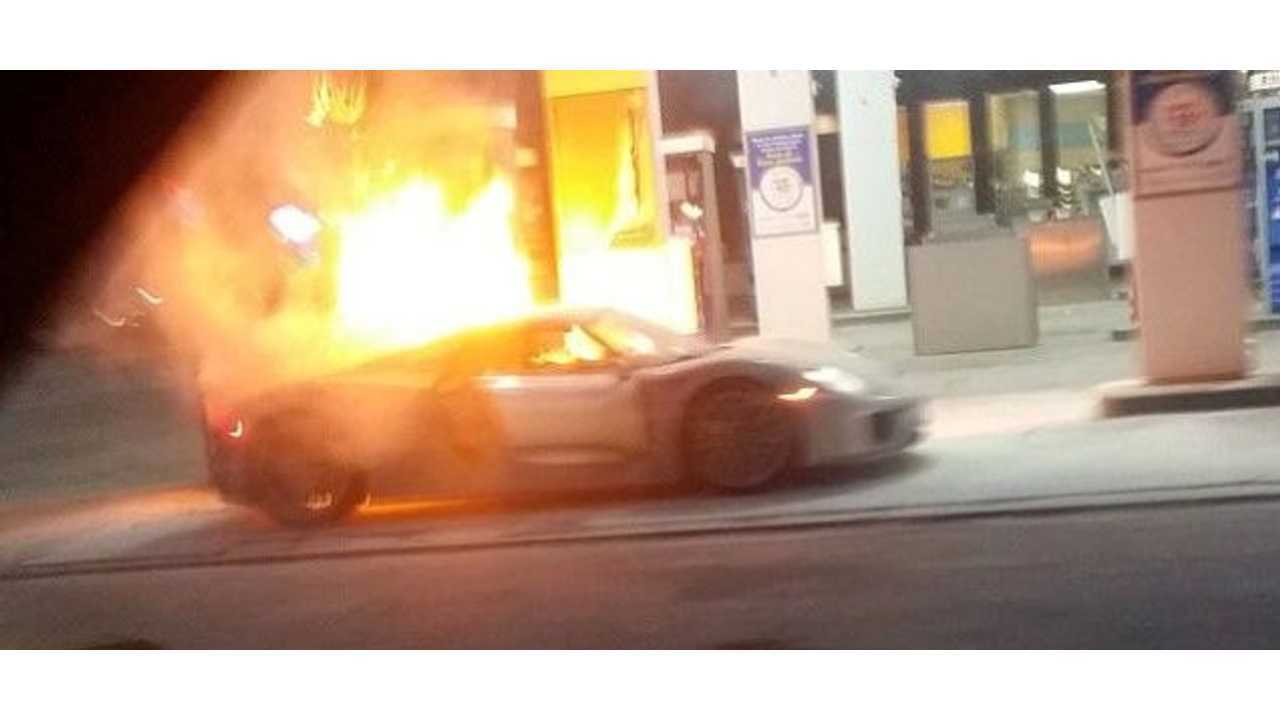 One of the few examples of the Porsche 918 Spyder on the roads of Canada caught fire over the weekend and was immediately engulfed in flames.  To be more specific, 33% of all Canadian 918s (and 1 of 22 sold in North America through August) burned to the ground.

As Jalopnik rather comically reports:

"Porsche has never been a company to let Ferrari hog all the glory, so when we heard a LaFerrari went up in flames, we knew a Porsche 918 Spyder wouldn't be far behind. This one in Toronto looks like it was engulfed in an inferno, as befitting any proper supercar."

The cause of the fire has not been determined, though it's believed to be linked to fuel, not the vehicle's battery pack.

Sadly, there's now one less 918 Spyder on the road.  Fortunately, it's believed that nobody was injured by this blaze.

Here is a passerby video of the blaze (some NSFW language):