Plug-In Car Registrations In Germany Up To Almost 1,250 in October 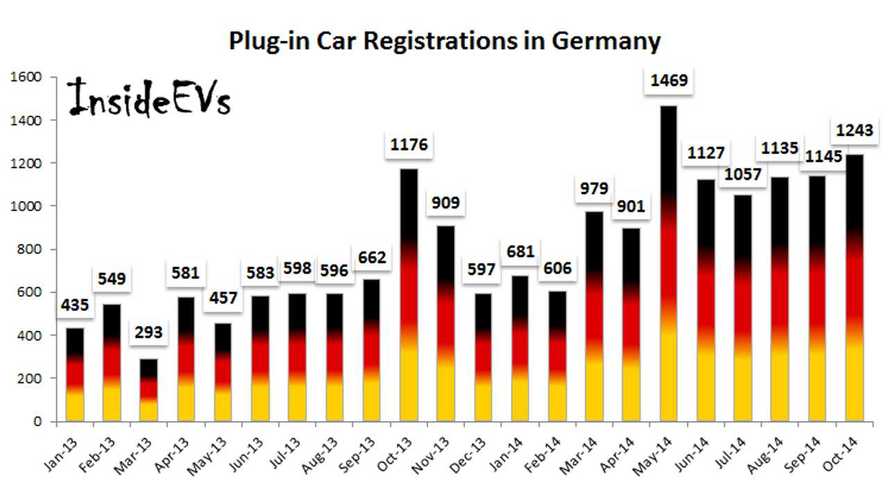 The number of electric car registrations grew last month in Germany to the second highest result ever - 1,243 and 10,343 YTD.

Registrations of plug-in hybrids doubled year-over-year to 402, while all-electric cars went down a little bit to 841. In total, plug-ins captured some 0.4% of the market.

Electric smart with 263 in October and 1,286 in 10 months is the best selling all-electric car in Germany.

Renault ZOE had its best month ever with 178 registrations. 919 were registered this year.

And there were also 75 BMW i8s (new record) this month, which brings its YTD total to 299.

Mitsubishi Outlander PHEV had 89 registrations in October, reaching 916 for the year.

Tesla Model S is somewhere at the bottom of the rank with 17 new registrations in October and 593 this year.