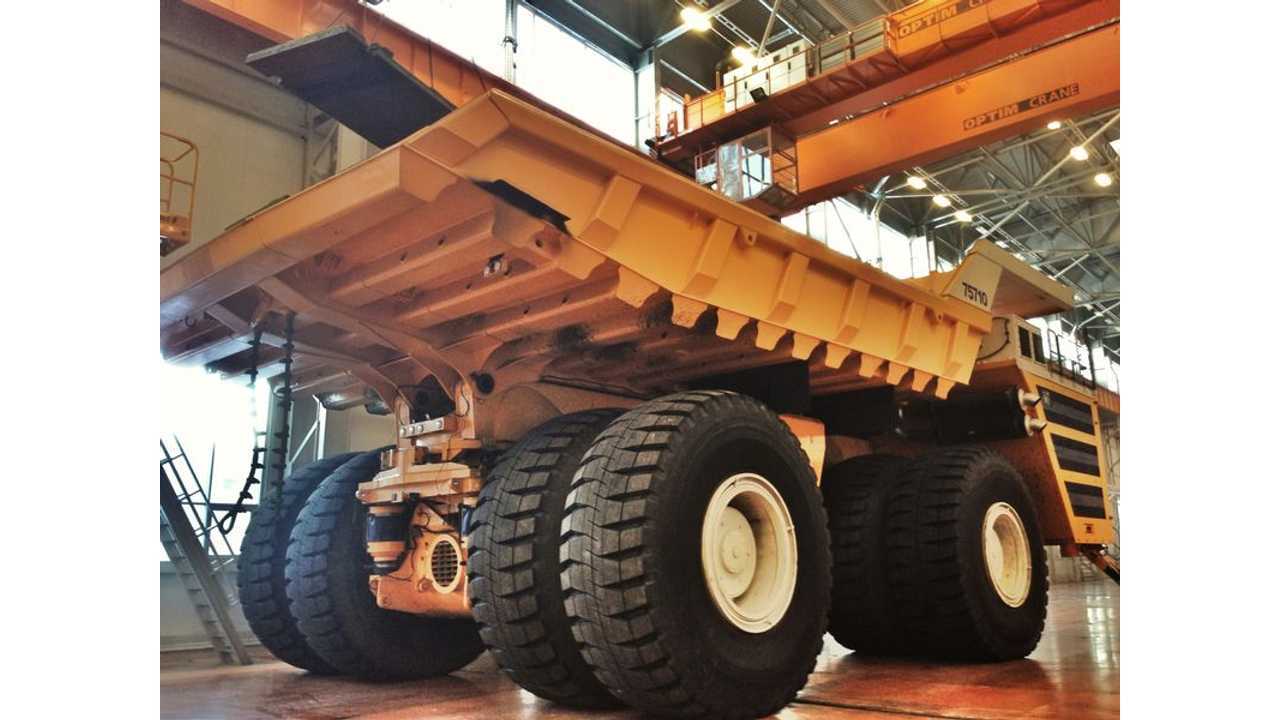 As it turns out, the world’s largest truck, the 800-ton GVW BelAZ 75710 mining truck, is powered by an equally massive electric-drive system.

The GVW BelAZ features four electric motors, manufactured by Siemens.  The output rating for each motor is an impressive 1,200 kW (1,609 HP).

Electricity for those motors comes from a pair 16-cylinder diesel generators, which each pump out 1,700 kW.

"The first BelAZ 75710 model recently began operating at a Siberian mine in the Kuzbass region of Russia. The truck is more than 20 meters long, almost ten meters wide, and eight meters high. It weighs 360 tons when empty and can transport around 450 tonnes of cargo, a volume that corresponds to a fully loaded Airbus A380 airplane."

"BelAZ (based in Belarus) wanted this to not only be the biggest truck in the world but also to carry 25% more payload than the world’s biggest dump truck at the time. Plans also called for a significant reduction of the cost per ton of transported material. The truck has a maximum speed of 64 km/h (40 mph) when empty."

This truck is all-wheel drive, with all of the electric-drive specific components coming from Siemens.  Particularly interesting is the truck's ability to continue operations even if one of the electric motors happens to fail.

For more details on the world's largest truck, follow the source link below.