First BMW i3 In Bulgaria 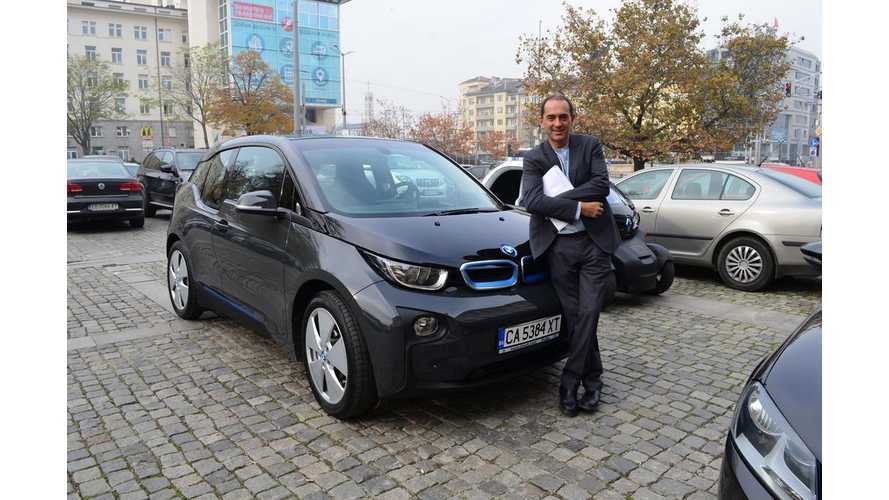 In January of 2014, the BMW i3 officially launched in Bulgaria.

We can now report that the first BMW i3 sold in Bulgaria is in the hands of an actual owner.

"First ever BMW i3 in Bulgaria."

At present, the electric car segment in Bulgaria is not really on anyone's radar map, but the country recently made significant steps towards increasing EV adoption.

BMW is not the first major automaker to offer an EV in Bulgaria (we believe Nissan holds that title) and surely won't be the last.

Most importantly, we're now seeing EVs spread to countries here and there scattered all around the globe.  EVs are no longer limited to a few select regions where sales are expected to boom, but rather electric cars are starting to be offered just about everywhere there's a plug.