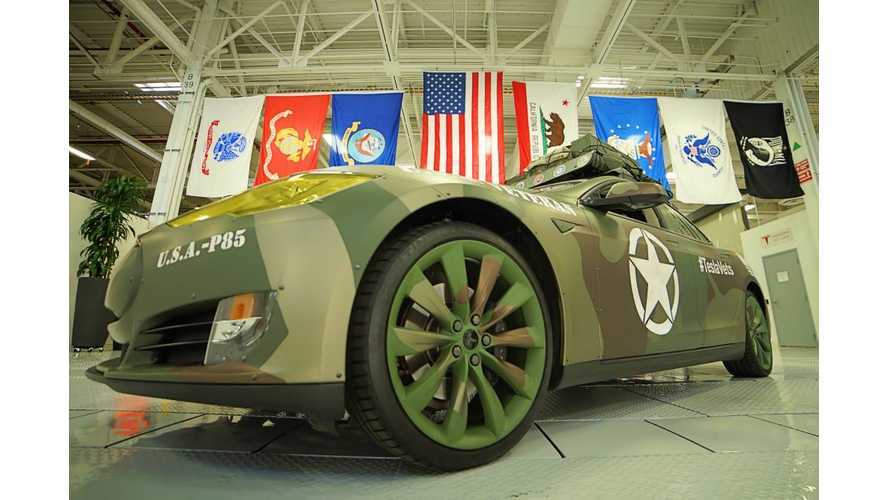 In honor of those who've served in the U.S. Armed Forces, Tesla Motors created this unique camo'd Model S.

Among automakers, Tesla is perhaps the most supportive of veterans, so it's no surprise then to see Tesla create something special to honor those who've served our country.

The message from Tesla Motors:

"A heartfelt Veterans Day thank you to all who have served. ‪#‎TeslaVets‬ ‪#‎VeteransDay"

We at InsideEVs would like to take a second to honor and give thanks to all the men and women who've served in our nation's armed forces.

This veterans video by Guinness titled "Empty Chair" is perhaps one of the most touching beer commercials ever released:

"Guinness "Empty Chair" salutes the character of a community as they honor one of their own who is out of sight, but not out of mind. They remind us that a true test of character is what you do when no one's looking."