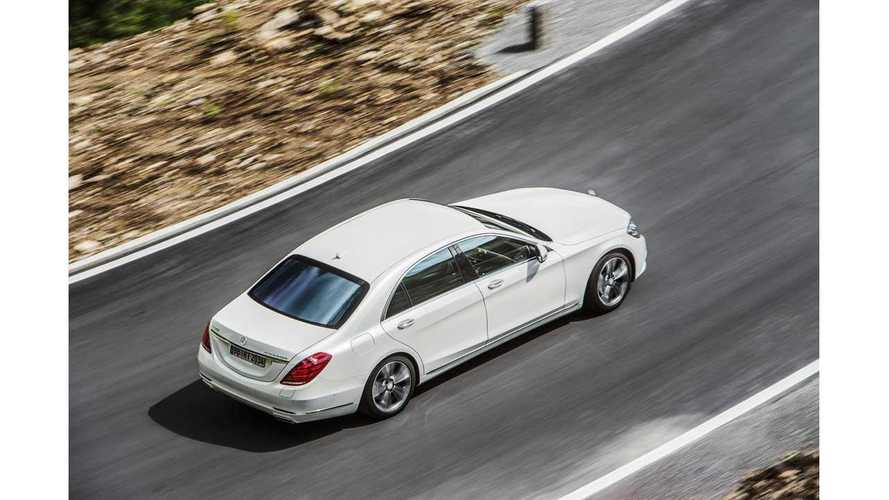 Mercedes-Benz is preparing for electrification of basically all of its cars, planning at least 10 plug-in new hybrids models by 2017.

On average, it will be 1 plug-in launch every four months.

The next PHEV will be a midsize C Class next year and then derivatives of other RWD and AWD cars including SUVs (well, there will be a lot of plug-in SUVs in few years).

“We would have to change the body of the car."

Mercedes-Benz isn't the only one among premium brands with such a bold PHEV plan.  For example, Audi is almost ready to launch the A3 Sportback e-trot in December in Europe, followed by several other PHEV models.

According to Johannes Reifenrath, head of product strategy and planning at Mercedes-Benz Cars, the reason for the move towards plug-in variants is emissions.

“Obviously this will only happen if we continue to increase the proportion of electrified models, which is exactly what we are doing.”

Smart energy management will help too

Automotive News is indicating that fuel economy will improve due to some smart energy tricks.

"Part of the savings from the S-class plug-in comes from its predictive energy management system that uses GPS data and radar sensors to calculate a route-based adaptive strategy for when to best drive electrically, use the combustion engine only, or both in combination."

"For example, it would deplete the battery as much as possible when going uphill in order to charge it on the way back down. The car would also try to ensure that the battery is fully charged when approaching a city so that it can drive emissions free in stop-and-go traffic with help from a next-generation braking system that recovers the kinetic energy."

"The car also features a haptic accelerator pedal that signals the driver via a double pulse to the foot when it is more efficient to let up on the gas pedal."

Another improvement in the future will be higher capacity battery packs, which will enable at least 50 km (31 miles) in all-electric mode instead of today's 33 km (20 miles) in the Mercedes-Benz S 500 Plug-in Hybrid.