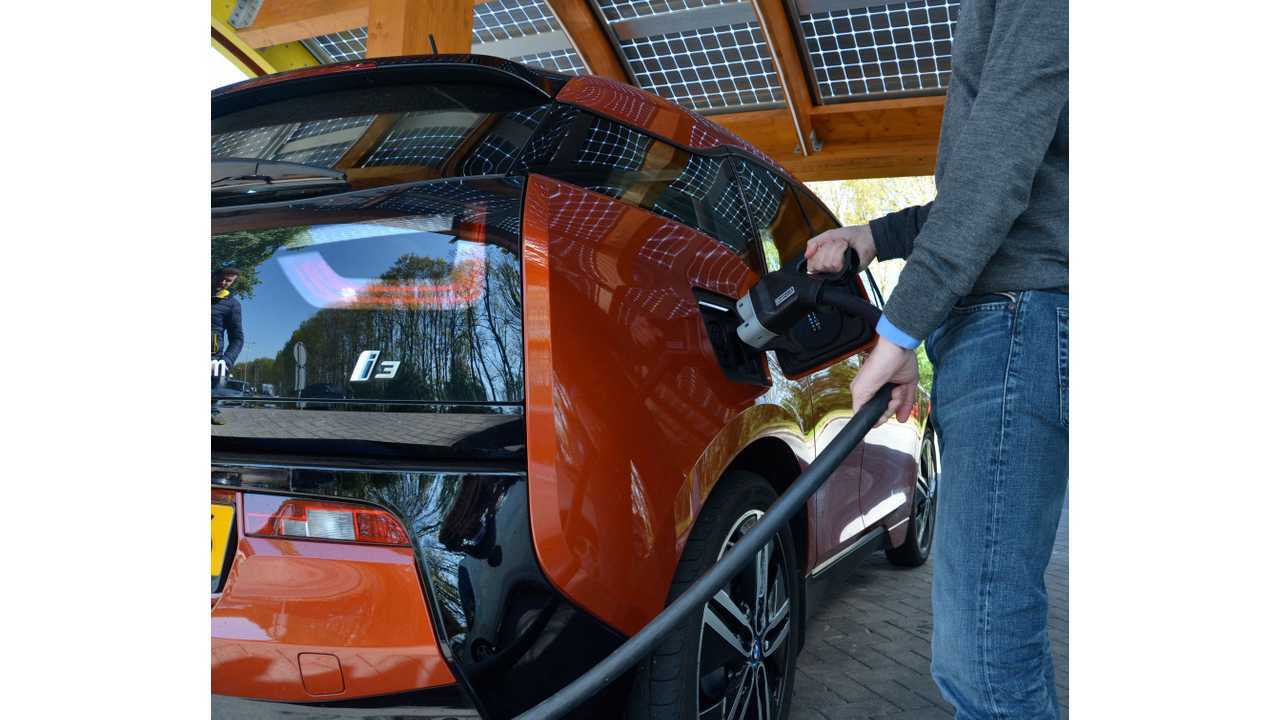 European CCS (or Combo 2) fast chargers is expanding quickly and already the dots on the map covered one third of Europe.

400 Combo chargers in Europe is a huge leap since last year and every week there are probably more than a dozen new ones coming online.

"According to my latest count we have crossed 400 locations (401 to be exact)! Since the last update there was a lot of expansion in the UK, but France and Italy also saw their first CCS locations installed. Denmark Netherlands and Switzerland have reached full coverage where basically every location in the country is in good range of a CCS charger. With a few more locations Belgium, Austria and Ireland could reach the same status. Portugal is the only western european country (not counting Luxembourg, Monaco or Liechtenstein) without any CCS locations."

Well, those first few combo chargers in France are especially interesting, because France was, until recently, focused on AC 3-phase terminals supplemented with some CHAdeMOs.

With Germany moving strong with Combo and more electric models being equipped with CCS inlet, there will be fierce battle between different standards to gain an advantage.