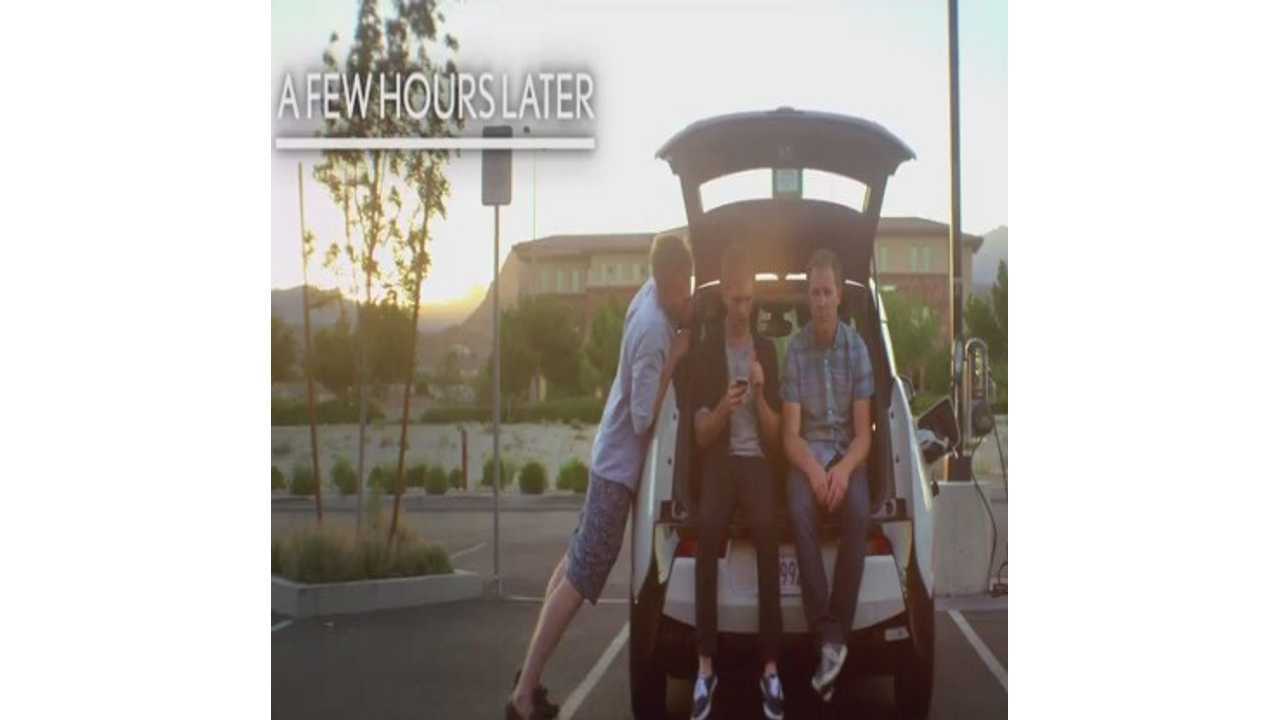 *UPDATE: The original Video was been pulled (removed from VIMEO) after the airing of it by several media outlets (including ourselves). We sense Lexus was feeling the heat and decided it was wise to get the video removed for now.  We are working to reacquire and air via YouTube

**UPDATE 2:  Best two out of three - video back on line via YouTube (our thanks to François V!)

***UPDATE  3: As a commenter (Martin B.) pointed out, the i3 in this video is actually an i3 REx. "All the way up to 4:23, they photoshopped out the gas filling door, making it look like all-electric. If you pause at 4:23, you can see the door behind the guy back, they forgot to photoshop it out."

Here's proof that it's an i3 REx.  Notice the fuel filler door in the bottom right of the image? (Hat tip to Shaun Wooten and Martin B. for alerting us to the photoshop use in the video).

****UPDATE 4: Yet another video of this Lexus commercial has been pulled, so we scoured YouTube and found another uploader of the video.  We're back in action...again.  And for good measure, we added a second version of the same video as a backup.

Forgot To Photoshop That One Out - Fuel Door Clearly Seen In Bottom Right Of Image - Screen Grab and Hat Tip To Shaun Wooten!

It's evident to us that Lexus is feeling considerable pressure from growing sales of plug-in vehicles, combined with flat sales of Lexus' own hybrids.

This couldn't be more clear than in Lexus' continuing attacks on electric vehicles.  First it was that viral anti-EV advertisement from Lexus that lived on and on and on, despite Lexus promising to pull the ad.

Now, Lexus is at it once again, this team by teaming up with Funny or Die! in a satirical hit piece.

The Japanese automaker (owned by Toyota) sees fit to pit its miserable (awarded 2-stars out of 5 by Car & Driver) CT200h against the 4.5-star BMW i3.

The gist of the video (which has received tons of negative reviews) is that choosing the BMW i3 is a decision you'll eventually regret, due mainly to the time it takes to charge.  Whereas with the Lexus CT200h, you'll never be burdened by long charging times.

Problem is, with the CT200h, you'll always be driving the inferior vehicle, something you'll have to live with every time you get in the driver's seat.

Oh yeah, we think Lexus forgot that the BMW i3 REx operates just like the CT200h, in that you just swing into a gas station to fuel it up on long journeys.

Oh Lexus....when will you learn.  We know you're jealous of the plug-in vehicles and that your jealousy is compounded by the fact that you don't yet have a plug-in to offer the leagues of buyers who are eager to ditch the pump in favor of the plug, but someday you too will do a plug-in and when that day comes, we'll still remember these anti-EV videos.