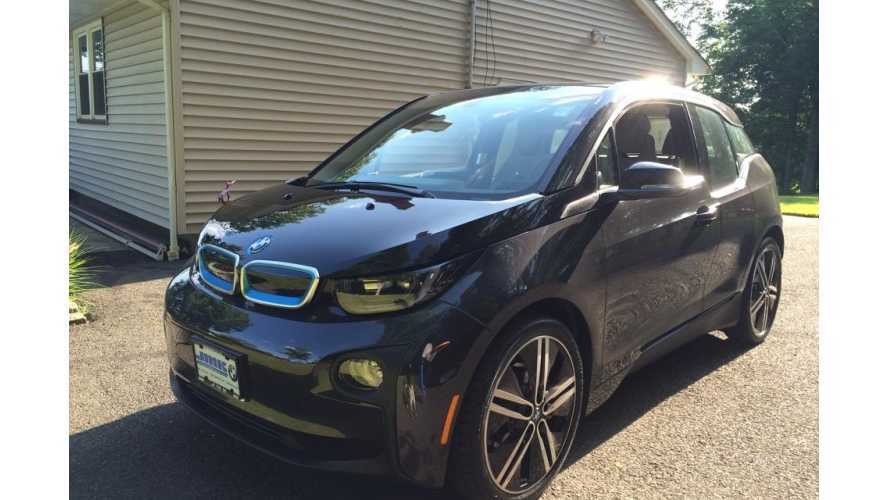 Hi, my name is Manny and I’m a BMW M Certified client advisor, and I just bought a BMW i3. Let me clarify one thing, I’m also one of the first BMWi certified client advisors and have been in the BMW EV program since I delivered the very first ActiveE in January of 2011. My heart still lies with the M cars and spending time at the track, but I simply don’t need a track car as a daily driver, what I need is an i3.

Living in NJ there aren’t many occasions to drive an M5 or the new M3 and M4 to their fullest potential. And honestly driving a track prepared E39 M5 like I did for many years became a chore. Maybe you can chalk that up to old age (I’m 42 now) but driving this beast regularly began to beat me up physically. It was equipped with KW variant 3 coil overs and Dinan sway bars. Stiff is a word commonly used to describe the ride in my M5. That and the full SuperSprint exhaust with X-Pipe became a nuisance to my neighbors when I’d get home late at night from work.

When the opportunity arose for me to represent my BMW Center back in late 2010 for the then upcoming ActiveE field trial I jumped at it. Being a product guy I love learning about anything BMW, plus the opportunity to meet a new demographic of BMW buyers intrigued me. Who would buy an electric 1 Series I thought, well I would soon find out.

The clients I would meet were actually car fanatics, much like myself they loved driving their BMWs as much as any other, but they knew something I didn’t yet, the EV fuel free lifestyle and the instant torque. Oh man that torque!

I’d also like to add that EV owners can afford just about any BMW in our lineup, and most certainly the fuel costs associated with some of our V8 offerings. They buy an EV because they love the instant torque, the immediate throttle response and that thing about not spending money on gas. That last part is important because it’s something that really drew me to owning an EV and in particular the i3.

What Has Drawn Me To The BMW i3

So what do I love about the i3? The fact that its “Life Module” is made entirely of carbon fiber produced at BMW’s Moses Lake plant in Washington State which makes it the lightest BMW currently offered for sale. This Life module is mounted on top of the “Drive Module” which holds the 22.8kW battery, much like body on frame construction. Being that the other components of the car such as the body panels are made from thermoplastic the whole package is very light, 2634 lbs for the BEV version and 2799 lbs for the REx.

Could the i3 be a contender for a class win at a future autocross day? We’ll find out in the spring.

But it’s all about the torque with the i3, not the horsepower.

Is The i3 The Perfect Daily Driver?

So let’s boil it down, why did I buy an i3 for a daily driver? Three important aspects:

Care to try it out for yourself? Put in a call to your local BMWi center, a third of the BMW dealerships are currently running a program for an Extended Test Drive on the i3. You get to experience the i3 and all its virtues for 3-4 days. Much like our own Chuck Vossler did and now he’s getting an i3 of his own, while he still owns a E92 M3 and a Porsche 911. There must be a theme here.

The i3 I purchased is an Range Extender REx “Mega world” with the optional 20 inch wheels and a few options like DC Fast Charge and heated seats. Personally I love the Laurel Grey with the BMW i frozen blue trim, it really sets the color combination off. I’ll have another article out soon on the custom bits I created for my i3 such as the custom painted calipers in BMW i blue and a few other touches.

For now I’m just enjoying passing fuel stops that I used to stop at only to hand the attendant $60 every five days.

Yes, the drive is fantastic as well but I can’t get over my fuel savings costs. Now I have more money to save to buy another track car.