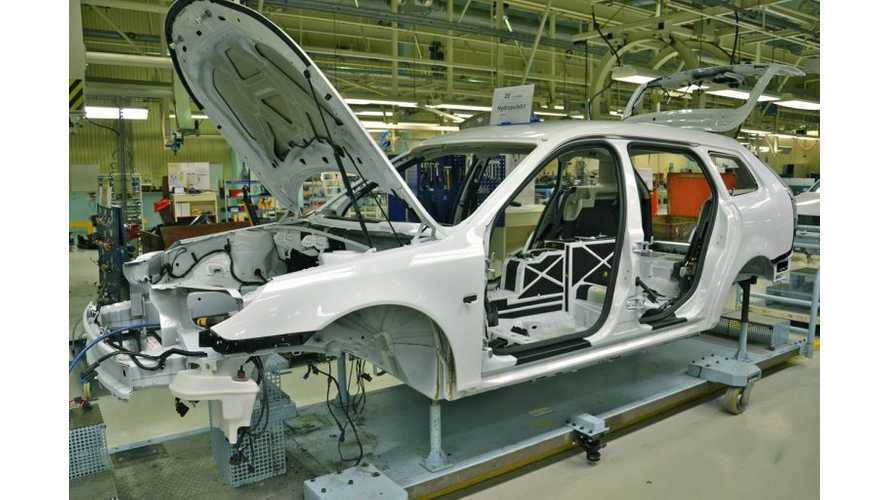 It was only two weeks ago that we presented a first drive report on the new SAAB 9-3 all-electric prototype, and while it was no secret that finances of parent company NEVS (National Electric Vehicle Sweden) was questionable at best, this week's news is disturbing nonetheless.

NEVS is now formally laying off 200 workers, and has put the launch of the SAAB EV on hiatus.

Previously in May, NEVs stopped all production work on the car as the company searched for replacement funding from a delinquent partner.  At the time a spokesperson was confident production would resume quickly.

“We are now seeking bridge solutions until sometime in June when we expect to have the result of the discussions with the intended partners,” SAAB rep Mikael Ostlund said.

The layoffs will happen this week, and with no clear financial exit strategy, it appears likely to us NEVS will be heading into bankruptcy soon as a meeting with creditors is planned for October 8th.

NEVS made the following statement today:

Nevs announces intention to lay off up to 200 employees due to lack of work, as the decision to re-start production will be further delayed.

Inside The Saab 9-3 EV Prototype

Nevs has retained the permanent workforce for production since the production was stopped in the end of May this year. The reason for this has been that the company would be ready to quickly start up production, upon such decision.

The prerequisites for making a decision to start up production are to have long-term secured funding and a business plan that has been worked through together with a new majority owner.

The ongoing discussions on collaboration and ownership structure, which has not yet resulted in a binding agreement, indicates that the decision for a start-up of production will take time.

With this there is a redundancy of the workforce. Therefore, Nevs’ management has decided to hand in a notice of intention to lay off up to 200 employees to the Swedish Public Employment Service.

Nevs intends to retain the remaining staff to maintain the plant in good condition, to be prepared for the new production, after such a decision is taken, and to continue developing new products.