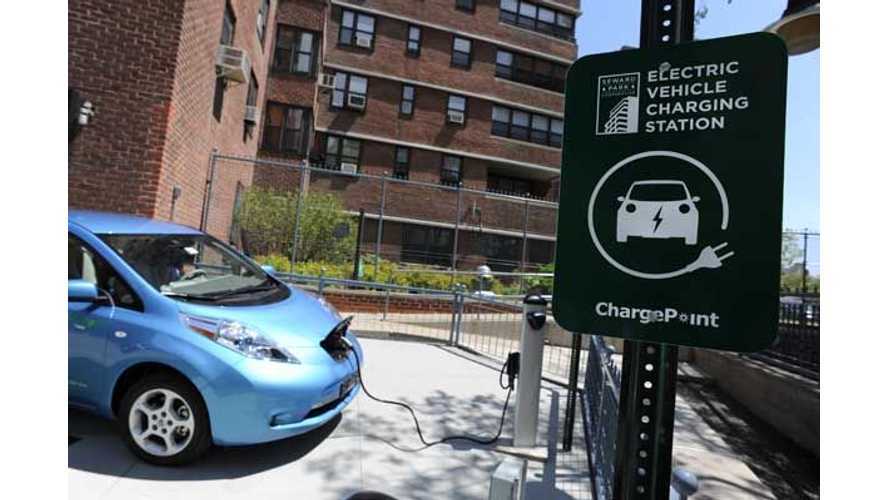 In a recent news release on charging station installation in the state of New York, the New York Power Authority revealed the following information related to plug-in electric vehicles (and total number of charging stations) statewide:

"Since Charge NY was launched, nearly 500 EV charging stations have been added in New York, bringing the current total number in the state to approximately 1,000. This puts the state well within reach of the Charge NY goal of adding up to 3,000 EV charging stations by 2018. Under Charge NY, the number of electric vehicles in New York has risen from 1,000 in early 2012, to more than 10,000 plug-in vehicles on the road today."

10,000 is certainly a respectable figure, but with more than 100,000 on its roads, California leads the nation.