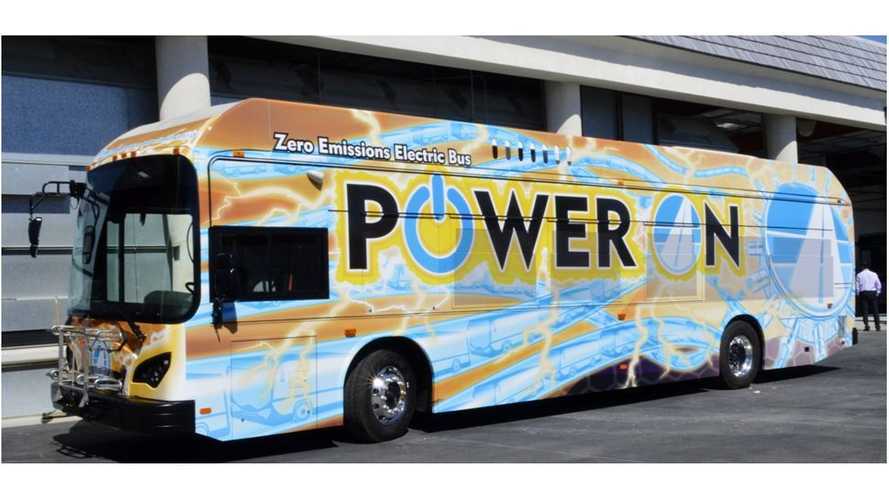 BYD positively surprised the Skagit Transit with its all-electric 40-foot bus, which operated at two of Skagit County's busiest bus lines on a trial.

It's quiet when stopped or "sounds like a muffled U.S.S. Enterprise entering and leaving warp while changing speed.  According to reports, the bus performed admirably so far.

Oscar Morales, during a stop on Riverside Drive along Route 208, stated:

"I'm used to it vibrating back here. I can hear! Normally it's quite a bit noisier in the back.You can hear everything. It's unbelievable."

"We really put it to the test. It moved well in traffic, kept up to speed. It was flawless.Well received by the driver as well as the public."

BYD's long-range bus can operate a full 12 hour shift without recharging. Joel Reikes, fleet sales manager for BYD, claimsthat the "bus drove 250 miles with 17 percent battery power to spare on a trip from Richland to Seattle".

And here is an interesting part onprice - approximately $625,000:

"Reikes said a 33-foot BYD sells for around $625,000, while comparable diesels cost $476,000. The expected service life for each is 12 years, though O'Brien said Skagit Transit tries to keep its buses running for 15 years."

"Engines and transmissions are rebuilt two to three times throughout a diesel's lifespan, O'Brien said, while the cost to keep the entire 24-bus fleet fueled is roughly $125,000 per month."