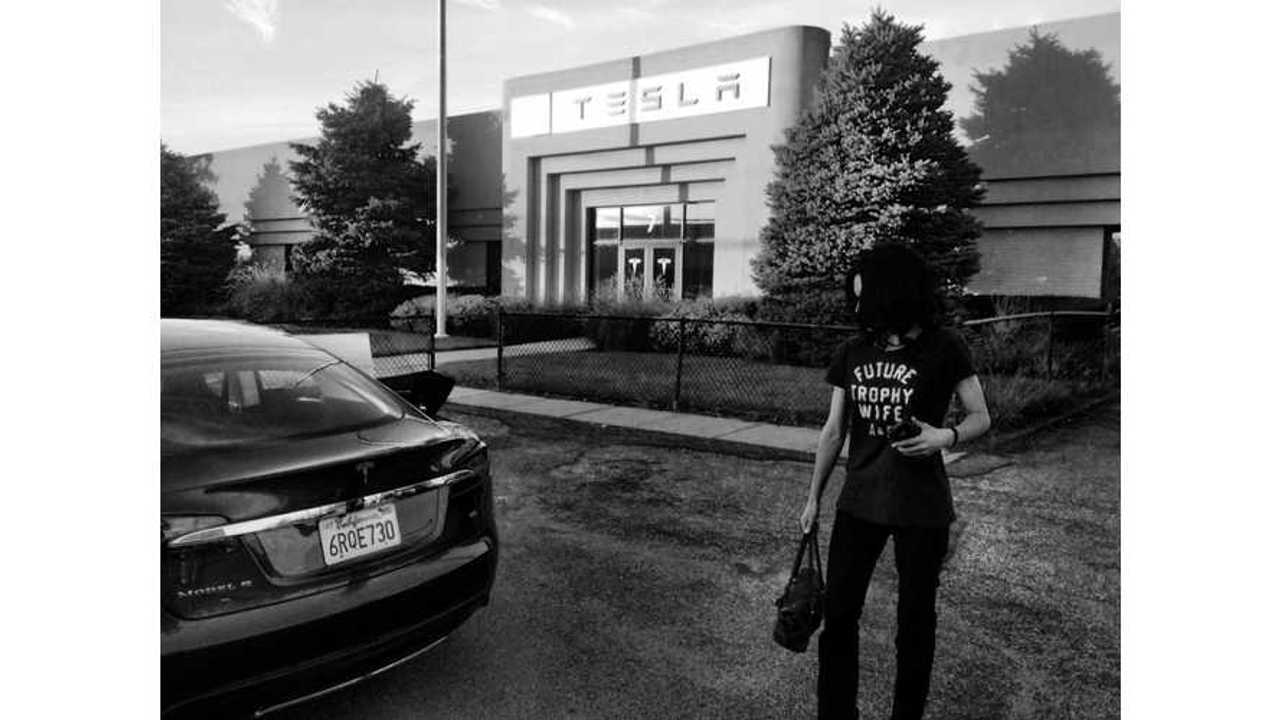 Today is a big Saturday as my favorite team Notre Dame takes on my alma mater Arizona State, for two weeks I have been in New York where, paradoxically, it was nearly impossible to watch a game where I was staying. During my travels I test drove a few vehicles, potentially the next Bond car, more to come on that. After my last article I wanted to see what Elon's...Model S could do. In past articles I have talked about Tesla's incredible employees at their headquarters. I was curious to see if this would hold up in New York, a locale not known for its warm and fuzzy demeanor. I called my one time almost step brother (true story) and cajoled him into a road trip to Tesla.

10. After hearing a million times about "the rush" you get when accelerating former future almost step brother Richie tested that theory with alacrity. I also thoroughly enjoyed flooring it when it was my turn at the wheel. The ride was smooth as expected, but this is something of a "duh". At that price range isn't it supposed to be a smooth ride? All in all I enjoyed the rollercoaster rush which leads me to my next point...

Richie and Steve before takeoff

9. Where are my grab handles? WTF? As I sat in the back seat and Richie opted to take off like a rocket I reached up and looked for my usual safety blanket which was nowhere to be found. Perhaps in the Model SP85"Don't say it", some will be added.

8. I am going to call shenanigans here. I was shocked to discover there are no or minimal student, cash, or employee pricing. Which is a damn shame because Tesla employees are hands down the most knowledgeable and kind people I've ever come across in any car dealership. If ever an employee of a car company deserved that type of break it would be them.

7. Steve, the awesome specialist, allowed us to test out the sound system (Mozart would have been preferred as anyone who has tested speakers can attest) and to be honest it was anemic. A Bose, Harmon Kardon, or Bang and Olufsen wouldn't hurt as standard for the price range. Perhaps in the audio upgrade option they did a little better.

6. This is, admittedly, a matter of taste but the interior didn't "wow" me. When you know how to parallel park the backup camera and enormous screen becomes distracting. The lighting was good. The design feature I thought was most inspired was the plain center console. Apparently Elon designed the bare center console with his wife in mind, she wanted a place to put her purse. If this rumor is accurate then well done Elon.

Steering wheel design was a win

5. I have a quirk that only a few people know about, I name my possessions. Anything from purse, to plants, and electronics all have names. I feel like Spike the cactus enjoys his name. After a test drive you sit down and design your Tesla, the kicker for me was that you get to name it. Anyone want to help with potential names? It's a good thing they do this too because designing my ideal Tesla the base price jacked up to 100k pretty quickly. At least naming it made that jump a little more palatable.

This was the reaction when Richie said he wanted Green.

4. Richie was so impressed by the drive that he has made it his goal to get his company, Hoodz of Nassau County, to use Tesla for their fleet vehicles.

3. Holy moly does that car have some storage space! For years its been a battle between the trunk and my golf clubs. Anyone who has had ever tried to stuff two sets of clubs into this space knows my pain. Therefore the storage space on the Model S gets a tremendous amount of thank you's from me.

2. Here's the deal. While it is hands down the best electric vehicle on the market, when something costs over $100k you should be able take it home that day. Yes, I know the reasons why they don't have same day delivery. That doesn't change my feeling that for that amount of money I shouldn't have to wait. On the other hand I didn't walk away empty handed. For my intrepid test drive crew I dropped some Benjamins and got the awesome Tesla North Face jackets which everyone loves including me. The Tesla merchandising team should be congratulated on a job well done.

Loved the Tesla bags. Again snaps and claps to the merchandising department

1. From the minute I called to schedule the appointment all the way until we left, Steve at the Syosset, NY location delivered the perfect car purchasing experience. He was respectful, patient, knowledgeable, and set a standard that every car dealership could take a lesson from.