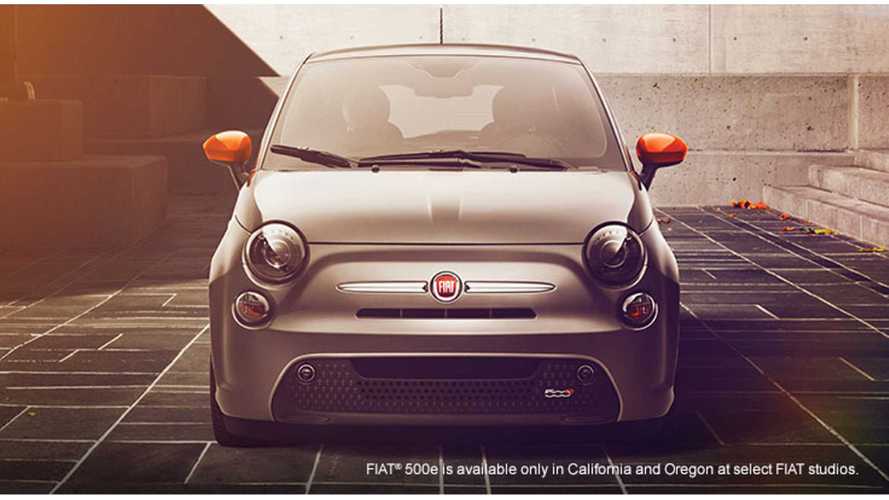 As promised by the Fiat earlier this year, their "environmentally sexy" 500e has now arrived in Oregon.

There is some noted changes for the 2015 edition, including a redesigned center dashboard, new cupholders (get those Super Big Gulps ready) and an additional USB port that integrates with the radio.

C'mon Seriously? Blue And Blue Are The New Choices?

Jason Stoicevich, Fiat boss for North America (and Chrysler) was expectedly press release happy,  “Bringing the Fiat 500e to Oregon gives more customers in this environmentally minded state the opportunity to enjoy the Italian style and engaging driving dynamics of the Fiat 500, but with zero tailpipe emissions.”

The most obviously competition for the Fiat 500e would be the Chevrolet Spark EV, which ironically is also only available in California and Oregon for the United States and offers the same basic lease deal.