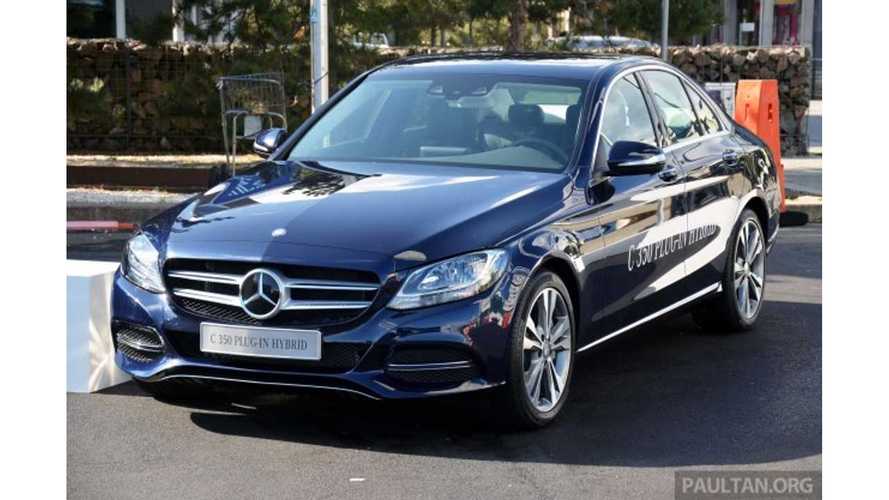 The all-new Mercedes-Benz C350 Plug-In Hybrid has was revealed without heavy camouflage for the first time earlier this month at an international media ride and drive.

Caught by the sharp-eyed fellows at Paultan.org (who do a really terrific job of report on the EV scene from Malaysia), the "baby" S-Class PHEV debuted alongside the larger S500 PHEV.

Paultan writes of the information revealed at the time by Mercedes:

Like its sibling the lithium batteries are in the back.  In all-electric mode the car is estimated to have a range of about 50 km (31 miles).  That being said, you won't be getting to where you are going using only electricity with that 80hp electric motor.

A Look Inside At The C350 PHEV's Interior (via Paultan.org)

...If Only The "Plug-In Hybrid" Decal Was A Bit Larger (via Paultan.org)

On the Euro NEDC sliding scale, the car's fuel consumption is estimated at about 3 liters per 100km.

This particular offering was said to be conceived with both the Chinese and US markets in mind (who knew they were they same?), but will also be available in Europe.

The C350 PHEV launches next year, no pricing data has yet been made available.