18 States Where You Can't Supercharge A Tesla Model S 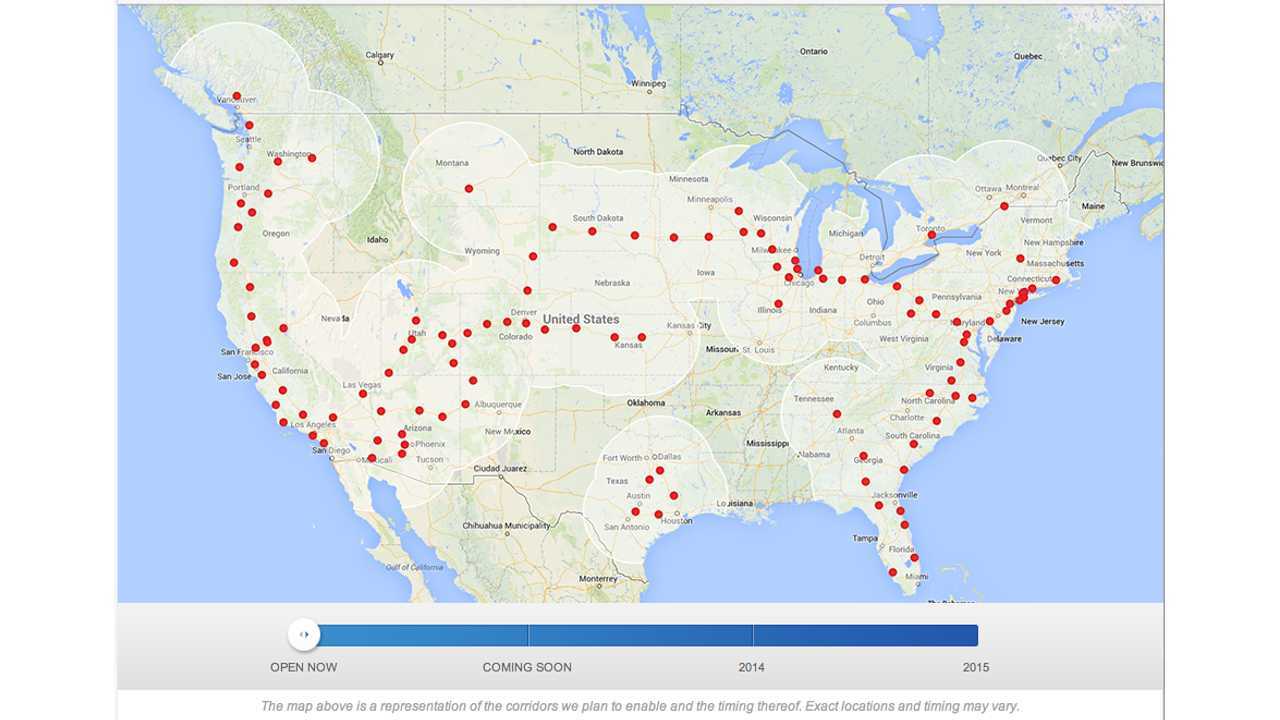 As of this moment, there are 32 states where you can Supercharge your Tesla Model S, but still 18 in which you cannot.

Why can't you? Simply because there is not yet a Supercharger in any of these 18 states.

The 18 states where you cannot Supercharge right now include:

Tesla Supercharger network by the end of 2015. Impressive!

Tesla began building its Supercharger network in the middle of 2012 and at this very point in time, there are 112 (and counting) Supercharger stations in North America (109 in the U.S.).

While we don't expect Tesla to be able to fill in the remaining 18 states overnight, we do believe that many of those Supercharger-less states will be crossed off the list soon.

An incredible picture of a Tesla supercharger in California, straight from Tesla Motors' website.