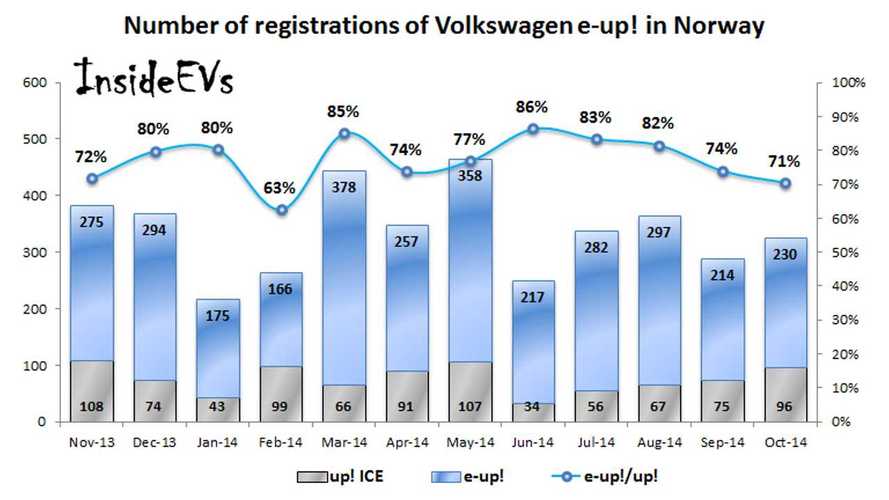 Standard Volkswagen up! sales are fairly inconsequential in Norway, as the all-electric e-up! captured most of the up! sales for the brand.

The long-term average for e-up! share of overall up! sales stands at 77%, however this figure has been falling for the last five months.

VW's second all-electric model, the e-Golf, isn't as strong as compared to its ICE version, but one third of Golf sales captured by e-Golf isn't bad at all.

Interestingly, after the e-Golf launch in Norway, sales of the ICE version remained at a stable level, which enabled expansion to new highs for total Golf sales.

The third electric model, which is available in both versions (EV & ICE) is the Kia Soul EV, which just like the e-up!, takes the majority of Soul sales. 83% of Soul sales in Norway in October were of the electric version (86 from 104).