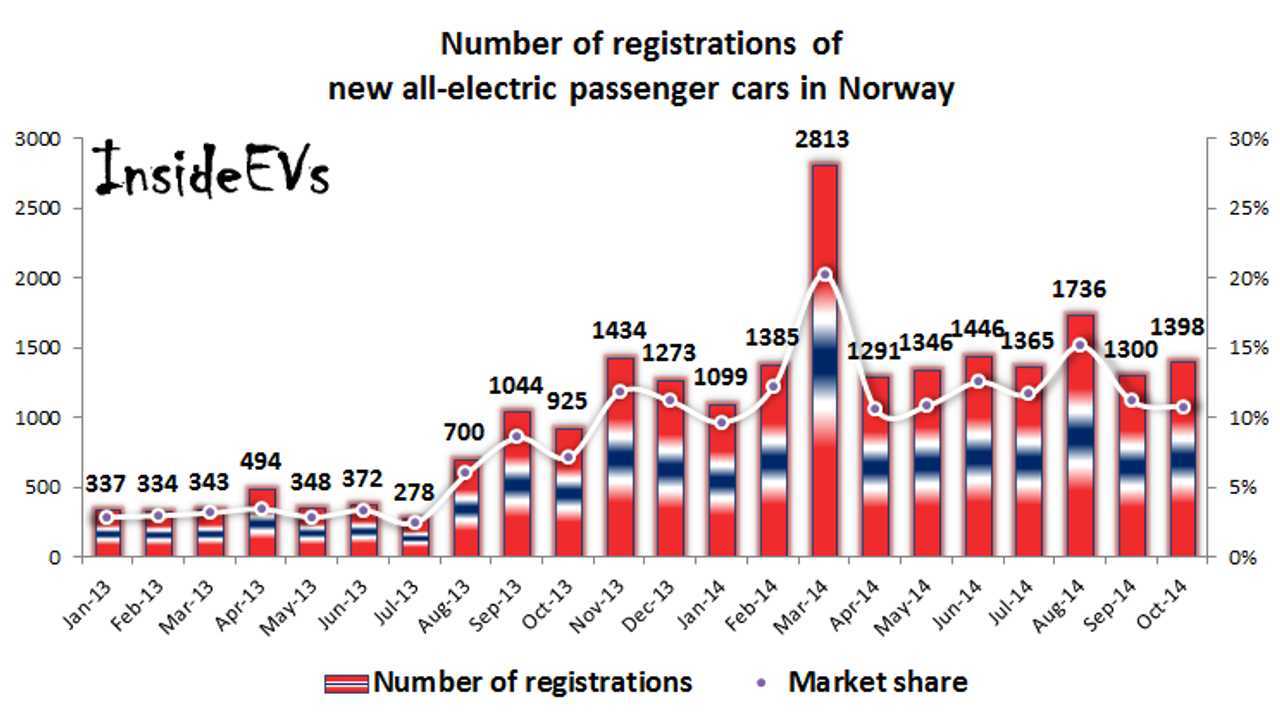 Electric car sales in Norway seem stable at a level of approximately 1,400 units a month.

In October ,1,398 new electric passenger cars were registered at 10.8% market share (up 51.1% year-over-year), but after including 413 used electric cars imported into Norway, the total number stands at 1,811.

There were also 56 new and one used electric van.

Tesla Model S is missing in the top five, which must be a consequence of Tesla retooling its factory.

Coming soon, we will try to check shares of electric versions vs. ICE for Golf, up! and Soul.