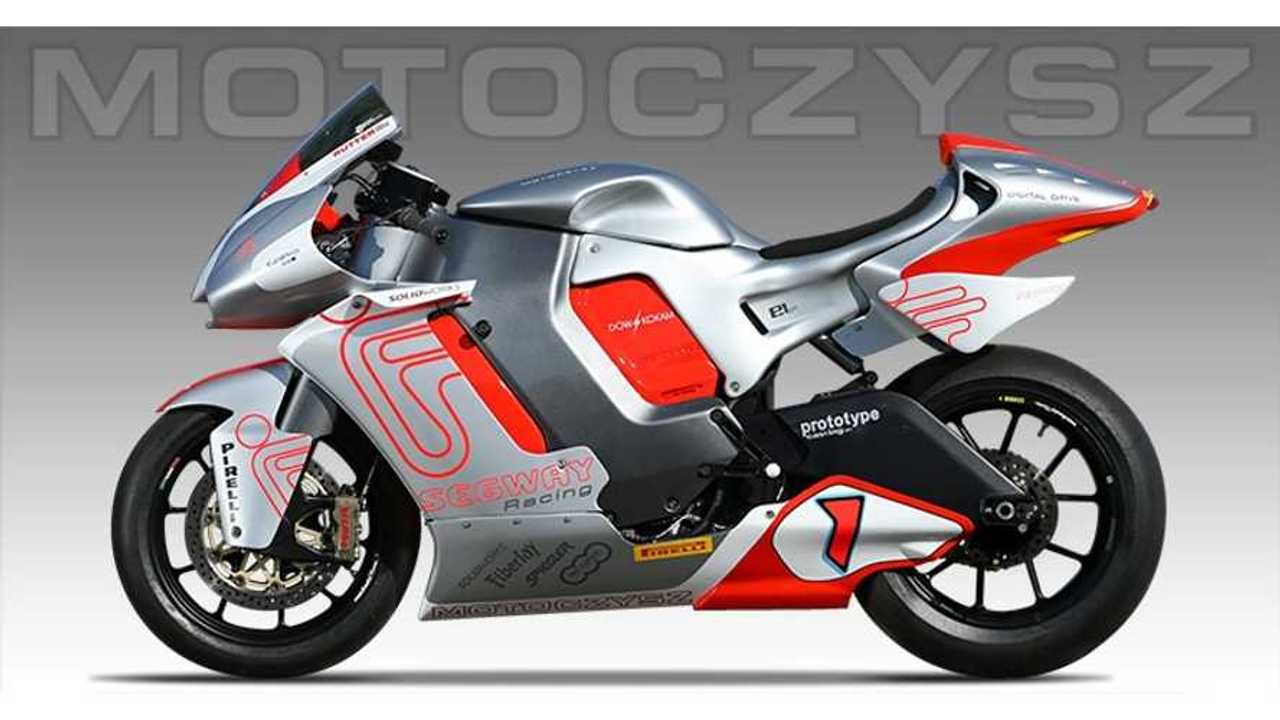 Motorcycle.com has confirmed that motorcycle legend Michael Czysz is gravely ill with a particularly rare, and lethal form of cancer: pleomorphic rhabdomyosarcoma.  Since he was forced to miss the 2013 Isle of Man appearance of two of his MotoCzysz E1pc bikes, the details of his illness were kept private and concerns resounded throughout the electric motorcycle community as well as the entire world of motorcycling.

Czysz is, by Troy Siahaan's report, strong and able enough to enjoy some time doing what he loves the most: riding.  He describes Michael getting back on the track after months of debilitating chemotherapy:

Riding a borrowed Honda CBR600RR from dear friend, Shawn Roberti, it didn’t take long for Michael to make up his mind. “The second lap I touched my elbow down and I could see where I wanted to go,” Czysz said. “I thought, I can do this!” Despite all the medications and treatments being pumped through his body, nothing compared to old fashioned adrenaline. “I felt really good that day,” said Michael.

A heartfelt thanks to Troy Siahaan for the report, and our best to Michael and his family.