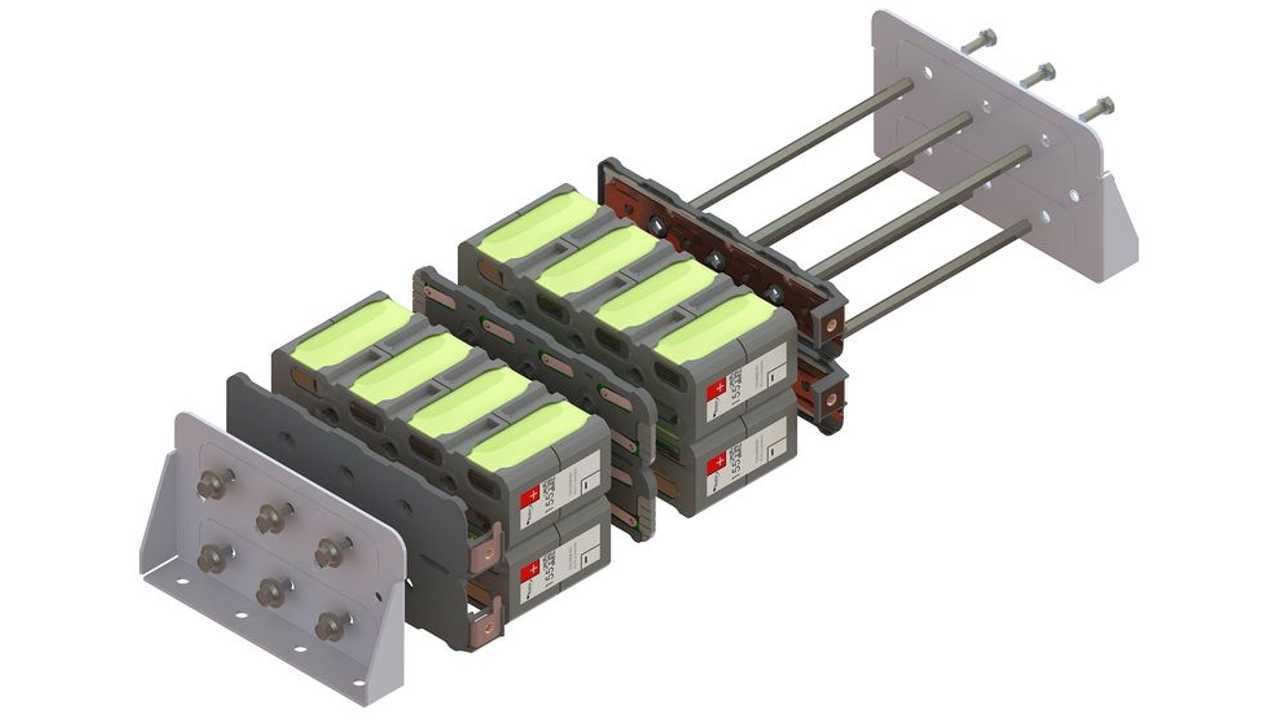 The Ensemble Module System is a LEGO-like block, which enables the building of large battery packs for different applications:

Inside those modules are Boston Power's Swing 5300 cells with 207 Wh/kg energy density.

According to the press release, the Ensemble Module System is fully tested to automotive quality standards, so maybe some of electric vehicle makers will try to implement this solution.

“The Ensemble Module System offers a game-changing approach to building large battery packs for our customers. First, the flexibility of the Ensemble system allows customers to design, build and test a prototype pack in a fraction of the time it would typically take for a fully custom solution.  Next, the production quality components used in the initial prototypes greatly reduce the pack qualification effort needed to launch into mass production.  Finally, the same highly-reliable standard components used in the prototype and development stages support a cost-effective launch of low, medium and high volume packs without the need for expensive tooling or a complex assembly line.  Ensemble provides clear value from project inception through high volume pack production.”