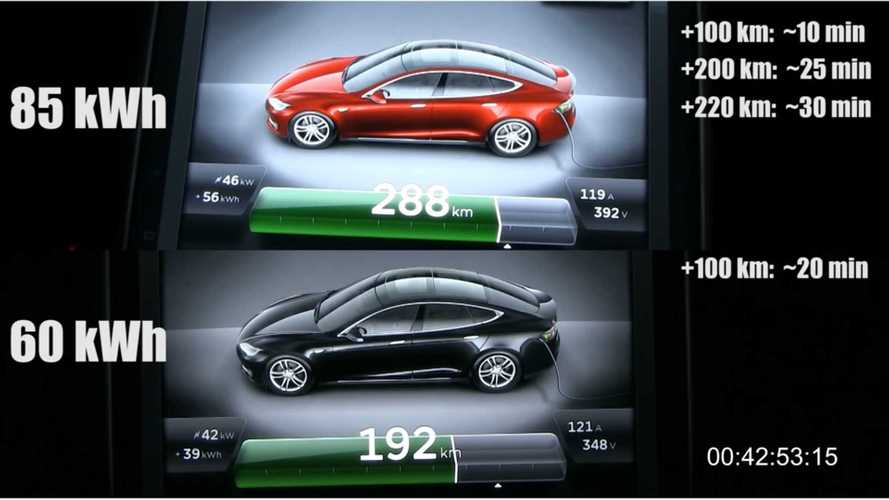 Bjørn Nyland prepared this month another Tesla Model S supercharging timelapse video. The first of this type of video was done a few months ago with 85 kWh Model S at two different locations.

"This test shows that supercharging Tesla Model S 85 kWh is twice as fast as the 60 kWh variant. Both tests were done at Lier supercharger. Both cars had firmware 6.0."

We not only checked out this video, but also collected data and prepared graphs for you. As you can see, charging speed as alleged is highest at beginning.  The 60 kWh version is charging significantly slower (in terms of kWh) than 85 kWh version (at least if the experiment conditions presented by Bjørn were similar).

Interesting is data for power. As it turns out, the 60 kWh version is nowhere close to the 120 kW mark and is falling down fast below 90 kW. Moreover, the 85 kWh version is using full power just for 10 minutes and then drops down too.

Current battery technology is unable to benefit from 120 kW power and the difference to 100 kW is thin.  However, in the future better cells or larger battery packs should be able to utilize more power.

Charging speed as a percentage value of the pack is almost exactly the same, which is obvious as there are the same type of cells that can accept the same amount of energy.