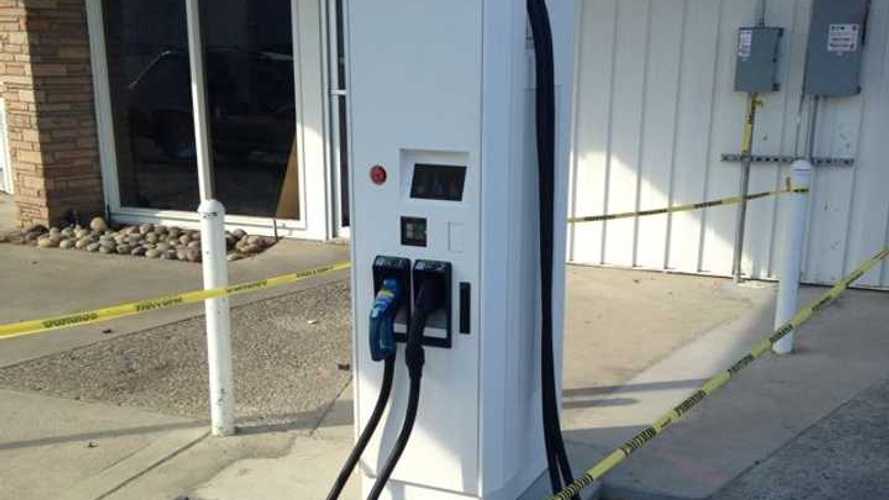 The Kia Soul EV launches in the U.S. this month, but ahead of that launch some Kia dealers in the U.S. are already charging up for the automaker's first mass-produced electric vehicle.

One of the first dealerships to install this fast-charge unit is Stevens Creek Kia in San Jose, California.

Terra 53 is described by ABB as follows:

The Terra multi-standard DC charging station 53 CJ combines a CCS (Combo) and a CHAdeMO outlet and has a total output power up to 50 kW.

The Terra 53 series is the successor of the popular Terra 51/52 series. Terra 53 CJ is compatible with electric vehicles using the CCS (Combo) standard or the CHAdeMO standard. Typical charging times range between 15 and 30 minutes.This charger is a cost effective solution to charge all open standard DC capable cars en route. The Terra 53CJ is also highly suitable to complement an existing AC charging network.

Some are now wondering why Kia is supporting CCS too.  Is it just a fluke?  Maybe the dealership mistakenly ordered the wrong charger.  Officially, Kia's stance is that it aims to promote and support the entire electric vehicle community, not just those who happen to own a CHAdeMO-capable EV.

If you hit up PlugShare, you'll find the following comments on the Stevens Creek Kia fast charger:

In fact, over in Europe, Kia recently installed the continent's highest-powered multi-standard fast charger to date (100 kW CHAdeMO and, presumably 100 kW for CCS too).

So, it's no fluke.  Kia will support both fast-charge standards.  Wouldn't it be swell if others automakers followed Kia's lead?