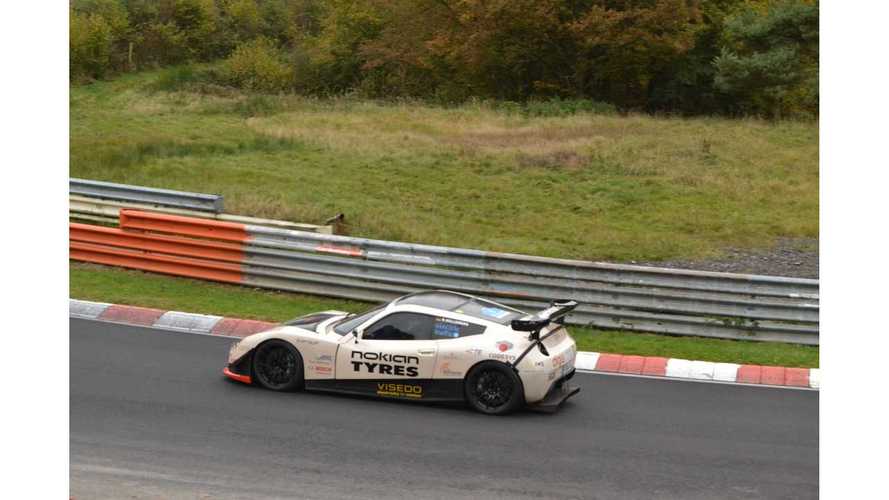 The latest version of the Electric RaceAbout experimental prototype, which is constantly improved by the Helsinki Metropolia University of Applied Sciences, set its new best time last month at the Nordschleife track in Nürburg Germany.

8:01.41 is more than 20 seconds faster than last year's time for RaceAbout and, according to the ERA team, it's the second best time in the street legal electric vehicle group (first is the Mercedes SLS AMG Coupé Electric Drive with 7:56.234).

"Last year visit in Nordschleife gave a lot of inspiration and ideas to E-RA team, how to continue improving the performance and reducing the weaknesses of the car. During the past year, the whole vehicle has been developed, but the most remarkable things were the active rear wing control, suspension and ABS brake system. The Torque Vectoring control system of the motors has also been improved since last year."

“The drivability of the vehicle was good regarding its weight and the acceleration from 100 to 200 km/h was very convincing”.

“The low amount of laps did not help me get accustomed to the vehicle. Also, we had to start every lap with cold tires and brakes”.

ERA team revealed that batteries are limiting the performances on the track both in terms of weight of the car (32 kWh / 550 kg) and overheating despite being lithium-titanate:

"During the fastest lap, the battery of the vehicle heated up more than the team anticipated and the battery output power had to be limited from halfway of the track to the end. Additional laps would have helped to optimize the vehicle setup - there is still potential for a faster lap-time."