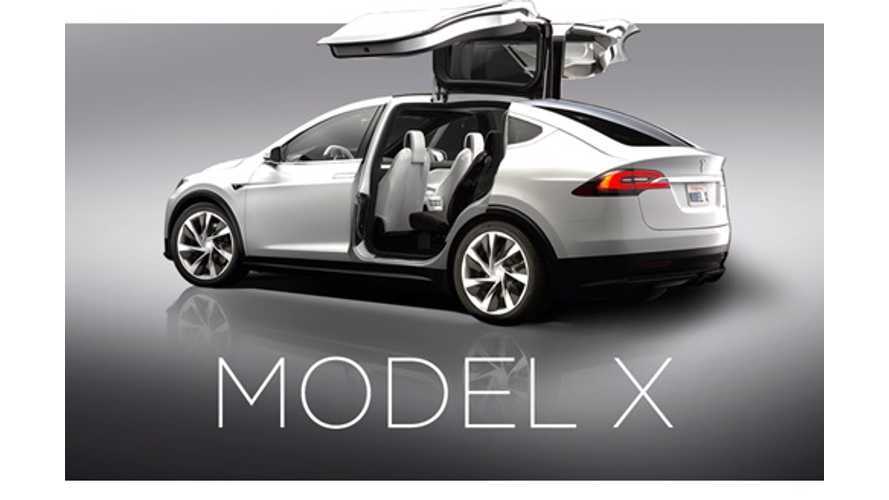 Tesla's quarterly financial reports are a barometer of sorts for the EV industry.

While other automobile makers may sell more electric vehicles than Tesla (with Nissan being the outright leader), none sell as many dollars worth of EVs.  And the degree of success (or failure) Tesla Motors finds at the end of each quarter has a dramatic effect on how - and if - the other OEMs build plug-in vehicles.

When a traditional automaker adds a EV to their lineup, they are careful to do it in such a way so as not to disturb the existing petrol vehicle hierachy in their lineup.  The result of which generally lands to one of the following EVs being produced:

However for Tesla, with no petrol legacy, their only concern is selling electric vehicles - no consideration is given to product-creep of a new electric offering.

Love or hate Tesla, as long as they are around, they will force the hand of traditional auto makers to offer plug-in cars that people actually want...or risk potentially behind left behind.  It is for that reason we follow Tesla's results every quarter so diligently.  As long as it is healthy, Tesla brings the fear to the rest of the industry.

Tesla reported third quarter earnings after the bell Wednesday night, and overall the company netted a 2 cents per share profit (ex-items) or $3 million (non GAAP) on an automotive gross margin of 23%.

The street had expected a loss of 1 cent per share, as compared to the 12 cents the company earned a year ago on revenues of $890 million.

Driving the profit this quarter was an unexpected pop in regulatory credits - $93 million worth of them; $76 million of which where ZEV sales.  Tesla also booked $31 million of powertrain sales primarily to Daimler for the Mercedes-Benz B Class Electric Drive.

In a statement, Tesla explained the unexpected resurgence of regulatory revenue, "ZEV credit revenue was much higher than expected as we closed additional contracts with several OEMs."

It appears the business of selling ZEV credits isn't as dead as we were lead to believe - good news for those with excess to spare.

On a GAAP basis the company lost 60 cents per share in the quarter, or $60 million. The street had been looking for a loss of $55 million.

At the end of last quarter CEO Elon Musk guided sales as follows:

“After considering our planned production and the need to have more vehicles in transit (including the new RHD models), we expect to be able to deliver about 7,800 Model S vehicles in Q3. Without the planned factory retooling shutdown, Q3 delivery expectations would have been approximately 9,500 vehicles.”

In reality, that is pretty much exactly what was delivered as 7,785 Model S sedans hit driveways.

"One of the significant actions we intend to take in order to reduce manufacturing complexity is to simplify our product offering by reducing the number of options and powertrain combinations. This will enhance our ability to scale production in 2015."

Real world - what does that mean?

This would mean that Tesla needs to deliver about 13,179 Model S sedans to hit their estimated target of 35,000 given last quarter.

The cause?  Unexpected difficulties with restarting production at the company's Fremont facility, as Tesla reported "losing almost a month of production due to factory retooling" - something one could have learned when it was actually happening by reading our monthly sales report on the company in August.

"Production for the full year is expected to be about 35,000 cars, despite entering Q4 with a deficit in production of 2,000 units from Q3. (due to extended plant closure)

However, the loss of these cars in Q3 means fewer available to deliver in Q4 and our ability to ramp up production in Q4 is constrained by the complexity of launches related to dual motor and autopilot hardware. Consequently, we expect to deliver approximately 33,000 vehicles for 2014. This is 50% above 2013 deliveries, but 5% to 7% below prior estimates for 2014. Previous projections for 2015 are unaffected." - Elon Musk statement on production and deliveries.

As for what 2015 will looks like specifically, Tesla said that sales and production on the Model S will be 50% higher.

"We also substantially broadened the appeal of the Model S by introducing Dual Motor all-wheel drive and Autopilot. Based on net orders since that introduction, excluding the extraordinary initial demand peak, we are confident of a 50% increase in both net orders and deliveries for Model S alone in 2015."

"Work continues on the finalization of Model X with the testing of Alpha prototypes and initial builds of the first Beta prototypes. Model X powertrain development is almost complete with the early introduction of Dual Motor drive on Model S. We recently decided to build in significantly more validation testing time to achieve the best Model X possible. This will also allow for a more rapid production ramp compared to Model S in 2012.

Even though in this regard with the Model X, Tesla has totally dropped the ball; and it is pretty obvious that the repurposed Model S platform for the Model X could have well been ready by now, Tesla decided to take the opportunity to go on the defensive.

In anticipation of this effort, we now expect Model X deliveries to start in Q3 of 2015, a few months later than previously expected. This also is a legitimate criticism of Tesla – we prefer to forgo revenue, rather than bring a product to market that does not delight customers. Doing so negatively affects the short term, but positively affects the long term. There are many other companies that do not follow this philosophy that may be a more attractive home for investor capital. Tesla is not going to change."

The old "we apologize for being so great excuse" seems to be at play here.  Put another way, if it is taking this long to adapt the Model S platform to the X, we expect the Model 3 to be out around 2025.

Because of the deep order book already for the Model X (reportedly past 21,000 deposits placed), Tesla notes on their site that reservations placed today for the SUV will be filled in "early 2016".

On capacity, and the transition into producing the upcoming Model X, Tesla said they don't expect the difficulties they recently experienced over the summer with an extended shutdown of their Fremont assembly plant.

"In contrast to Q3, actions to further increase capacity have been designed to be less disruptive, thus enabling us to increase output at a steadier and more predictable pace. For example, our Model X body center will initially be independent from our Model S body center, allowing us to start building Model X bodies without impacting Model S production."

Tesla touched on Gigafactory progress, noting that they have started to pour the foundation of the battery plant.

In so doing Tesla will be enabling a modular build strategy that will let them not only scale the construction itself, but the capital requirements as more and more capacity is needed.

Surprisingly, Tesla also guided that (in co-operation with partner Panasonic) the first cells will be produced in 2016, not 2017 - easing some fears that the Gigafactory progress might have been falling behind.

Tesla felt it was necessary to get a jump on battery production to "reduce ramp-up risks for Model 3 and provide some potential expansion capacity for Model S and Model X."

A New Channel For Sales - Leasing

When Tesla announced a new, more traditional, leasing program with US bank last month we couldn't help but notice significantly lower cost-per-month ownership rates and speculated that a lot of new customers would opt for the deal.  Turns out, Tesla thinks so too.

"We expect to lease about 3,000 to 3,500 cars in North America during Q4. A large portion of these leases will be financed through our new bank partner leasing program. "

But what does it all mean?  We'll use our "corporate-speak" decoder ring to translate:

"We kinda messed up that whole plant upgrade thing in the summer, and its costing us some sales now.  The launch of the P85D (and AWD variants) went great, and lots of people now want that - and because the margins are so swell on it, the Model X is going to take a back seat for a few extra months.

As for the future, everyone keep your pants on about 'if we have enough demand', we are now sitting on several thousand orders for the S in America, but also tens of thousands for the X worldwide.  Are we going to make a lot of money (or any) in the near future?  No, probably not...but we are going to build a lot of plug-in cars."

Shares of Tesla Motors traded up about 5% in early action after the announcement.  (A real-time quote can be found here)