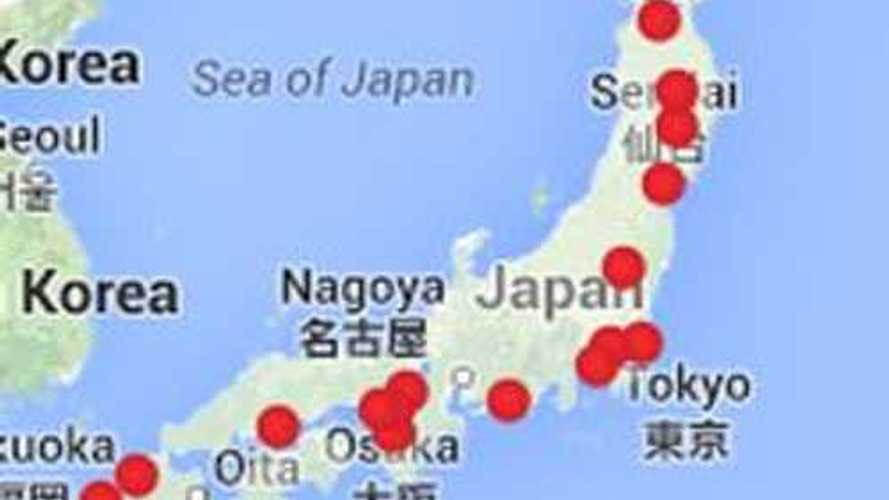 For the first twelve months, Tesla Motors' Supercharger network saw only a dozen installations, but oh how it has changed since then.

In the early months of 2014, Tesla Motors set out to break the North American cross-country EV speed record using their Supercharger network.

The following ten months saw the network expand to 100 installations and to begin breaking ground in Europe. The dot laced maps on the left can be found here. They contain permitted sites in blue, construction sites in yellow, and active Superchargers in red. The 2015 maps on the right are from the Tesla Motors Supercharger site.

The current count upon posting this article is 198 active Superchargers (now 199). The second hundred were installed in just over five months. The 300 mark may very well be reached by the close of 2014.  Currently, 20 permits are pulled and an additional 22 Superchargers are currently under construction.

North America is seeing the formation of many new supercharger routes. The permits are in place for a path to Calgary, Canada. The central cross-country routes are being watched with anticipation. Permits are also showing up for a northern passage out of Washington state, while southern permits are filling in from Texas to Florida.

And there seems to be no sign of slowing through 2015. Europe will see large expansions in Spain, Portugal, France, Italy, Ireland, Poland, Hungary, Serbia, Bulgaria, Finland, and more.

The Asian Market is no exception. Tesla Motors has aggressive expansion plans for both China and Japan. These markets are possibly the most revolutionary of them all. Few manufacturers would have taken on the Chinese market so early in the growth of their company, particularly one with patented technologies. Not only did Tesla Motors aggressively embrace the market, but they made ALL of their patents open source.   The Japanese market has been difficult for American automotive companies. Additionally, Toyota and Honda have all but abandoned EVs in favor of hydrogen vehicles. Most would consider this too daunting, but then again, Tesla Motors is not your typical American automotive company.