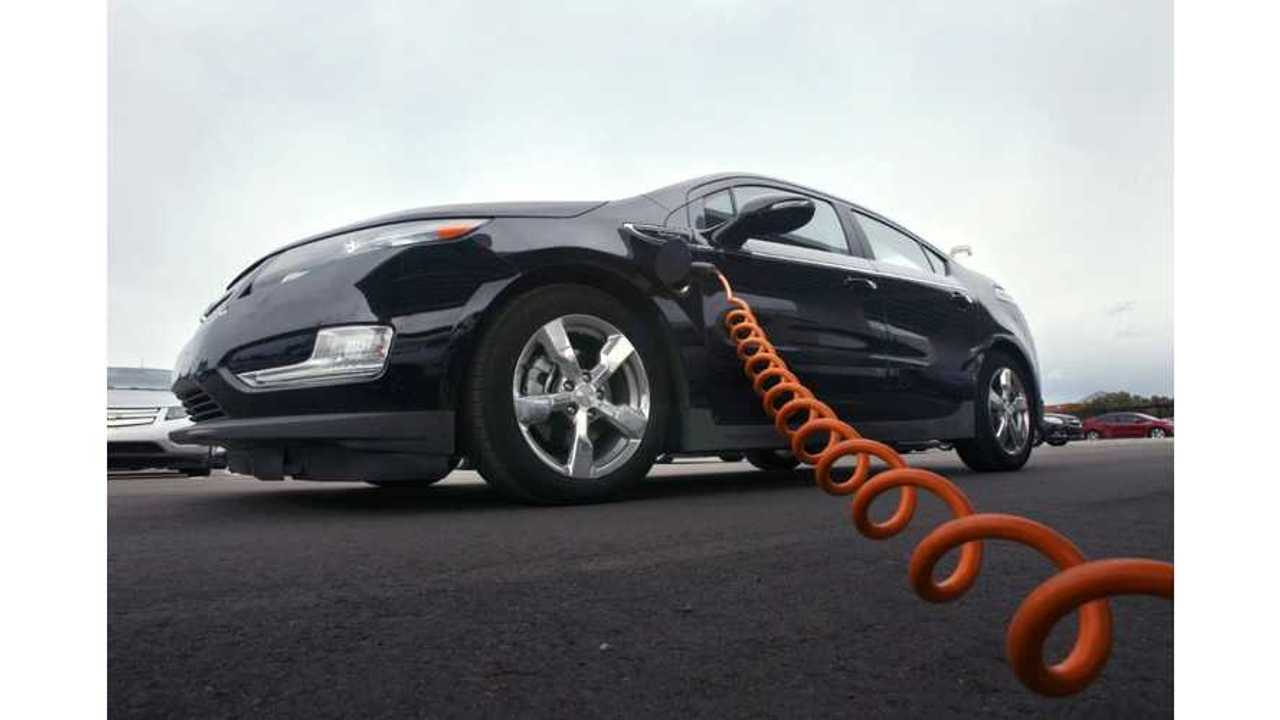 "When he wasn’t working on his best selling novels, author John Green was working on building the Volt of his dreams on Chevrolet.com. Over and over and over again! Read his story to see what happened next. (Hint: it’s a happy ending)."

Both John Green and Chevrolet Volt took to Twitter promote/explain the story.  It was Green who immediately pointed out that General Motors did not pay him for this, so he bought the Volt with his own dime and told his story without being reimbursed.

Here's Green's story (via Fastlane blog, which is owned and endorsed by General Motors):

I wanted a Volt for years, but it never seemed practical.

I HAD a car, an aging white sedan inherited from my parents, and there was nothing wrong with it. But occasionally, I’d wander over to the Chevrolet web site and build my dream car online: a dark gray Chevy Volt with black leather interior, a leather-wrapped steering wheel. GPS. Do I want the fancy wheels? Heck yes I want the fancy wheels. I even test drove one once and was blown away by how fun it was to drive–it was so quick and responsive that in the city it felt kind of like a sports car.

But I already HAD this car.

Years passed, and my wife and I had a kid, at which point the Volt seemed even less realistic. But when my old car finally broke down, I went to a Chevrolet dealer with my son’s car seat JUST TO TRY IT OUT. After another test drive, I called my wife. “The car seat totally fits.” (Now that we have a second child, I can report that a second car seat also totally fits.)

And so I got my dream car.

I didn’t buy one off the lot. I got my EXACT dream car, the one I’d built so many times on the web site, fancy wheels and all, and when it arrived six weeks later, my expectations could not have been higher. And yet, they’ve been exceeded the past two years. The Volt is fun to drive, great for my kids, reliable, and unbelievably fuel efficient. (I often go three or four months without going to the gas station.) It is still, even after all this time, my dream car. Maybe the Cadillac ELR is a little bit my dream car now, but no no the Volt is awesome. I don’t want my Volt to feel unloved.

I want to be clear that no one is paying me to write this. I didn’t get a free Volt (ALTHOUGH I WILL ACCEPT ONE) or money off on my next oil change or whatever. I just really love my car. Even after two years of driving it every day, my Volt makes me really happy. I know it’s just a car, but what a car.

John Green is the New York Times bestselling author of Looking for Alaska, An Abundance of Katherines, Paper Towns, and The Fault in Our Stars.