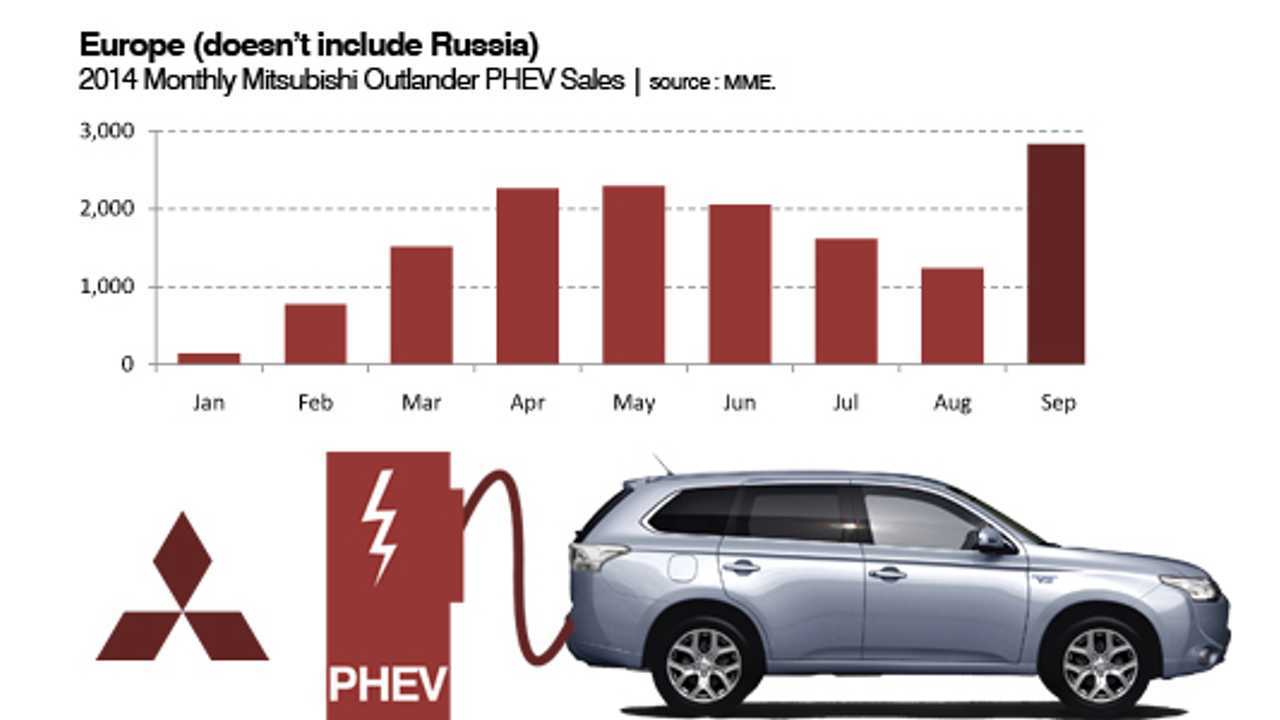 Mitsubishi Outlander PHEV, as the best selling plug-in car in Europe, didn't disappoint in September when it almost crossed the mark of 3,000 units.

According to data from EagleAID, about 14,100 Outlander PHEVs were sold in the first nine months.

"Rising literally overnight from its formerly held position of almost total obscurity - with the exception of the Netherlands - Mitsubishis Outlander PHEV (CO2 44g/km) streaked to the forefront and currently ranks as this years unchallenged star performer in Europes Ultra-low-Emission-Vehicle (ULEV) segment.

Its newly won status as the biggest hitter in the regions still embryonic plug-in market is driven home by AIDs own numbers showing that in the nine months to September this year the Outlander PHEV has comfortably outsold every other rival in the regions ULEV segment."

Nearly 3,000 in September for Outlander PHEV is approximately one thousand or 50% more than the Nissan LEAF at 1,986.