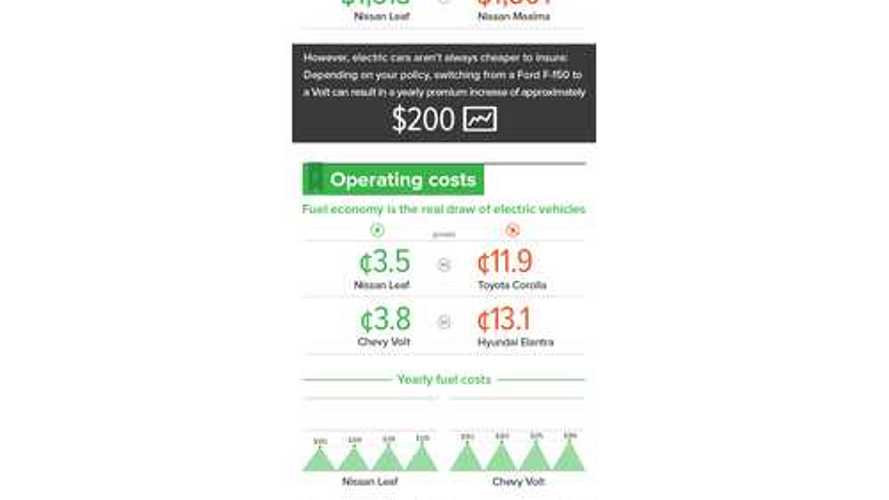 According to CoverHound Insurance, electric cars are generally less expensive to insure than a similarly priced ICE vehicle.

CoverHound CEO Keith Moore states that, on average, "drivers save $200 a year on insurance when they switch from gas to electric."

Moore adds that "we found the electric cars were much cheaper to insure than what people were driving before they switched."

As noted in the infographic below, electric cars aren't always cheaper to insure.

Finally, CoverHound says that the Nissan LEAF was found to be the least expensive electric car to own and operate.  Most expensive?  The Tesla Model S.