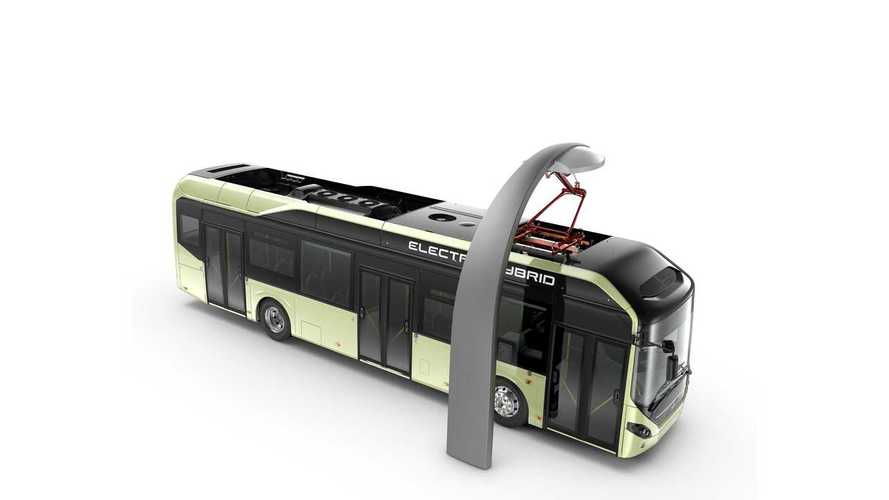 Volvo Buses released a lot of details on its new 7900 plug-in hybrid bus, which will debut at the International IAA Commercial Vehicles show.

This extraordinary vehicle is designed to operate most of the time in all-electric mode, which could reduce fuel consumption and carbon dioxide by up to 75%, and total energy consumption is reduced by 60% compared to a conventional diesel bus.

For energy storage, Volvo uses a 19 kWh lithium-ion battery pack equipped with a heater/cooler system. This could be enough capacity for 10 km and, on average, 70% of the distance between charging stations.

Volvo Buses believes in using a rapid charging system many times a day at bus stops. A new special roof system was presented, which will be able to fully charge the 19 kWh battery pack in roughly 6 minutes.

The Opportunity Charging System can provide up to 400 A at 750 V, which is some 300 kW.  However, the plug-in hybrid bus will accept just half of this.

There is no range problem as the Volvo 7900 plug-in hybrid can operate in regular hybrid mode too.

“I am very proud to launch this ground-breaking bus system. Electric-hybrid buses and full-electric buses are tomorrow’s solution for urban public transport. They will allow us to reduce energy consumption, air pollution, climate impact and noise, which are some of the biggest challenges facing large cities worldwide."

One of the benefits of plug-in hybrid buses is the noise level reduction.