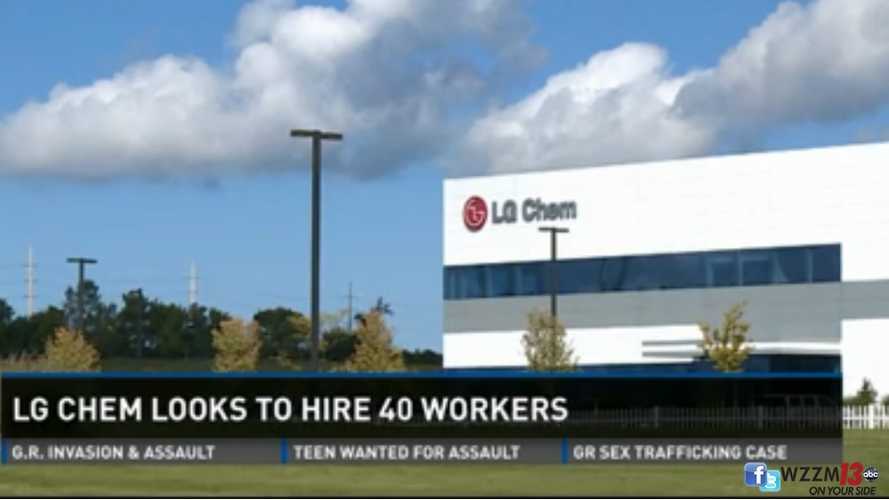 LG Chem has certainly been in the news a lot recently, as it seems like the South Korean battery maker will shortly supply lithium cells for just about every plug-in vehicle maker not named Tesla these days.

WZZM13 files a report from LG's Holland facility that says LG Chem is now looking for an additional 40 workers (via a recent job fair last Thursday) to help supply packs for Chevrolet's upcoming 2nd generation Volt - a car that is said to have a larger capacity battery option when it launches next summer.

Before this past week's announced the plant had employed some 200 employees over the past 3 years in what could only be called an "on and off' status, as some furloughs last year (along with misappropriation of government funds) made headlines.

"I don't have the crystal ball for sure, but I would say that if they are considering adding 25% to their workforce -- that's a pretty good statement they are having good success," says Tim Vagle, finance director for the city of Holland, to ABC 13.

In a company press release, LG Chem said they were looking to hire 40 high-tech positions in response to company growth - anything from maintenance workers to engineers.  Later nn LG Chem rep said the new hires were specifically needed to prepare for the next Volt.