Porsche Macan Next In Line For Plug-In Hybrid Treatment 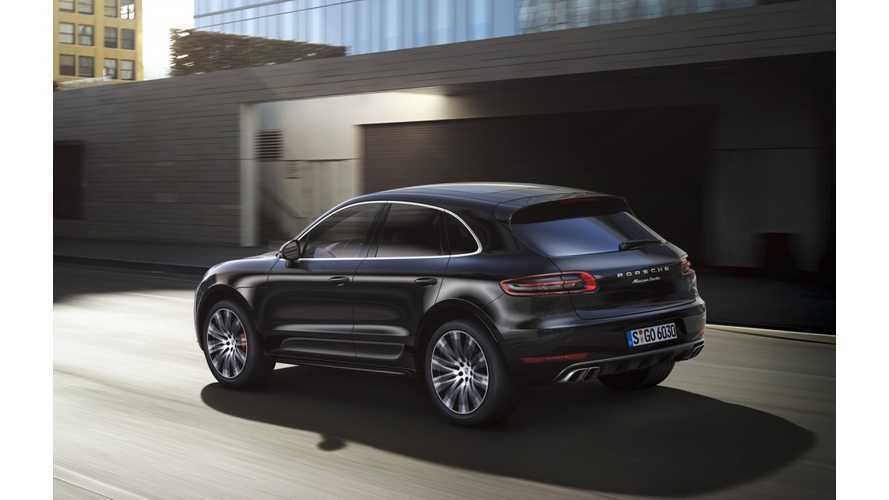 Soon, every model in Porsche's lineup (except for possibly the 911) will be offered in plug-in hybrid form.  Right now, there's the Porsche 918 Spyder, Panamera S E-Hybrid and Cayenne S E-Hybrid (November launch in Europe, early 2015 for U.S.).

Next in line for electrification is the Porsche Macan.

"Porsche's next plug-in hybrid electric vehicle (PHEV) will be the Macan – and it will be powered by the same supercharged V6 petrol-electric powertrain as the Panamera and Cayenne S E-Hybrid models."

"While Audi, BMW and most recently Mercedes-Benz have all revealed PHEV strategies to reduce their fleet-average CO2 emissions, Porsche says its new Cayenne S E-Hybrid will make it the only premium car-maker to offer three plug-in models."

"Plug-in hybridisation is a huge part of Porsche's future."

"We are starting with a top-down approach."

"Motoring.com.au understands the Macan S E-Hybrid will be powered by the same PHEV system as the Panamera and Cayenne, including their Audi-sourced 245kW/440Nm supercharged 3.0-litre petrol V6 and 70kW/310Nm synchronous electric motor, which together deliver total system outputs of 306kW and 590Nm.

"The Macan S E-Hybrid will be significantly lighter, more efficient and quicker ".

Look for Porsche to dominate the luxury plug-in hybrid segments in years to come.