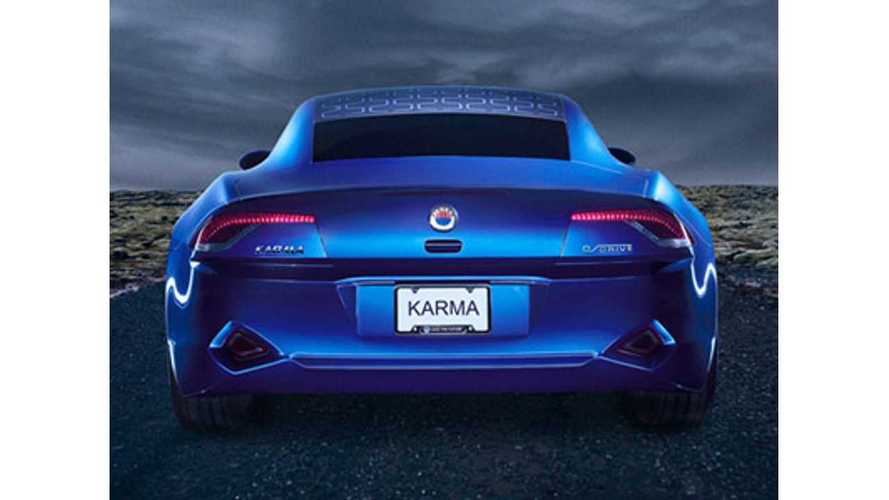 Quantum Technologies is back on board to support the relaunch of the Fisker Karma:

So, Karma is inching closer to once again being a production plug-in vehicle, but the BIG news in the press release put out by Quantum Technologies is that the Fisker Atlantic now seems to be back on the table:

"Control software license to cover Fisker Karma and Atlantic series with option for joint-ownership for these and other future platforms."

The Fisker Atlantic was originally set to be released in mid-2014.  Check out this exclusive InsideEVs post for all the details on Atlantic.

"We are very excited to be supporting Fisker Auto Group with the re-launch of the Fisker Karma vehicle and its planned Atlantic series," said Brian Olson, Quantum's President and Chief Executive Officer. Mr. Olson continued, "Our software and vehicle control products and strong software development engineering capability is another example of why Quantum is the perfect one-stop-shop for OEMs that desire a fast-to-market solution for clean vehicle technology and product commercialization."

About Quantum: Quantum Fuel Systems Technologies Worldwide, Inc. is a leader in the innovation, development, and production of natural gas fuel storage systems and the integration of vehicle system technologies including engine and vehicle control systems and drivetrains. Quantum produces one of the most innovative, advanced, and lightweight compressed natural gas storage tanks in the world and supplies these tanks, in addition to fully‐integrated natural gas storage systems, to truck and automotive OEMs and aftermarket and OEM truck integrators. Quantum provides low emission and fast‐to‐market solutions to support the integration and production of natural gas fuel and storage systems, hybrid, fuel cell, and specialty vehicles, as well as modular, transportable hydrogen refueling stations. Quantum is headquartered in Lake Forest, California and has operations and affiliations in the United States, Canada, and India.

Forward Looking Statements: This press release contains forward looking statements within the meaning of the Private Securities Litigation Reform Act of 1995. All statements included in this report, other than those that are historical, are forward looking statements and can generally be identified by words such as "may," "could," "will," "should," "assume," "expect," "anticipate," "plan," "intend," "believe," "predict," "estimate," "forecast," "outlook," "potential," or "continue," or the negative of these terms, and other comparable terminology. Examples of forward looking statements contained in this release include whether Fisker Auto Group will be able to successfully re-launch the Fisker Karma vehicle, whether it elects to exercise its option to acquire joint-ownership of the control software and whether it decides to take its Atlantic vehicle to production. Various risks and other factors could cause actual results, and actual events that occur, to differ materially from those contemplated by the forward looking statements. Quantum undertakes no obligation to update the information in this press release to reflect events or circumstances after the date hereof or to reflect the occurrence of anticipated or unanticipated events.