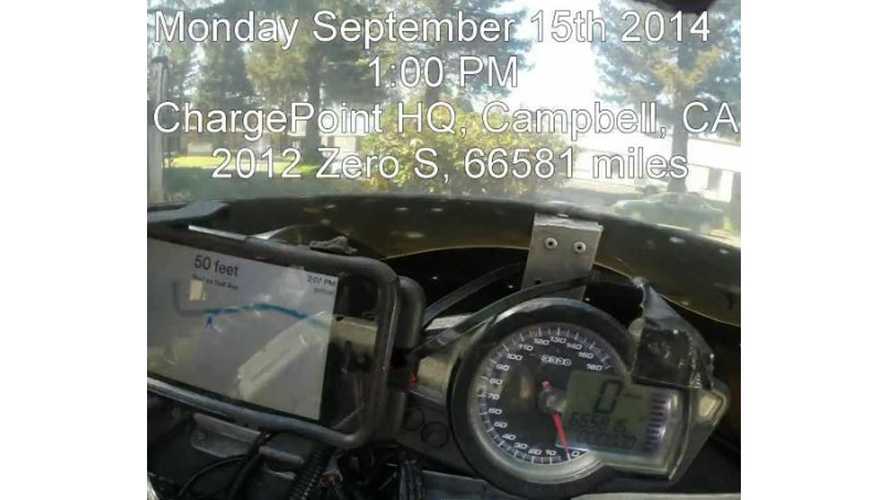 "September 15th 2014, Terry Hershner traveled from ChargePoint in San Jose to Mexico and back in 24 hours on his modified 2012 Zero electric motorcycle."

Hershner made history that day by becoming the first person to ride 1,000-plus miles in less than 24 hours on an electric motorcycle.

For details on Hershner's history-making ride on his modified Zero S, clink the link to our previous post below: