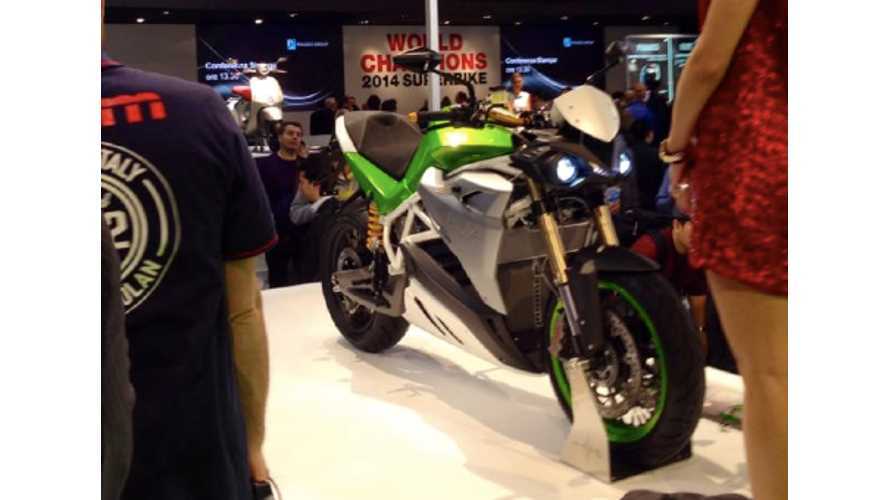 Energica has unveiled their second electric motorcycle: the EVA. We've been waiting for the official announcement, as has much of the industry, for months now, and several sources have reported that it's virtually identical to the EGO model in size, weight and performance.  As of about 3pm Milan time today they started leaking photographs of the unveiling.

We just got confirmation the bike is built "on the same platform as the EGO".  Only a few days ago, the Italian site Motociclismo leaked these comments (amusing English via Google Translate):

The platform will be the same as  Ego and Ego 45 then Eve was created from his "rib" and will be a real "temptation", as suggested by the name itself.

For now it is unknown if the engine will keep the sport he has shown (100 kW and 195 Nm, but usually naked bikes derived from sporting something fall by the wayside on the altar of handling less extreme), but certainly Eva will be equipped with ABS. With all the torque that the electric motor provides immediate and lack of weight of the hull, we imagine driving at least tasty.

Tasty indeed.  Our guess at this point?  A little lighter, and possibly with at least an option for a smaller pack for better performance with the tradeoff of less range.  ABS brakes for sure, and some hotter colors than black, matte black and white.