Will The BMW i8 Spyder Enter Production? 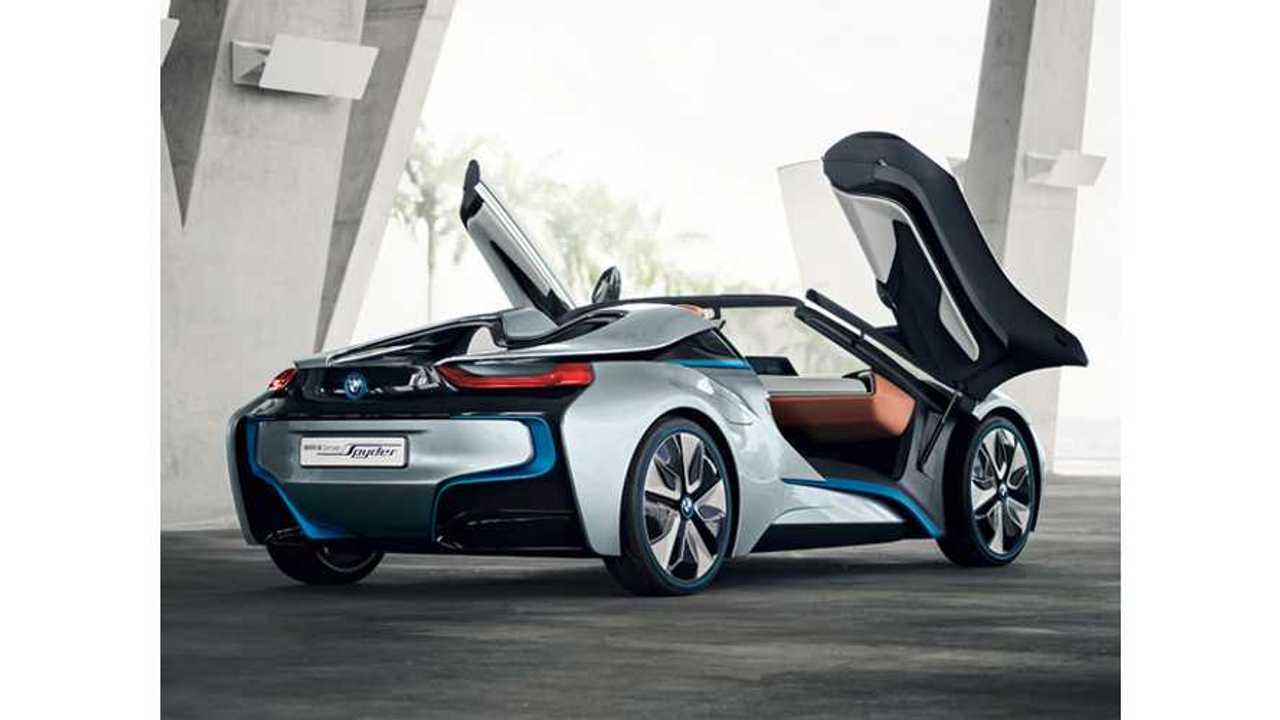 When it first shown in 2012, the BMW i8 Spyder was considered to be even more elegant and attractive than the “standard i8."  At the time, BMW refrained to comment on the production plans for the open top i8 and most assumed that at a time in future, the car will be seen on the road. But a report from inautonews.com says that BMW has no plans to build the i8 Spyder.

No particular reason has been shared at this time.

The Spyder Concept is a 2 seater, open top variant with the same architecture as the i8 but with a lot more curb appeal. Among the most eye-catching features of the BMW i8 Concept Spyder are the upward-swivelling, windowless doors.

The i8 Spyder uses the same LifeDrive architecture as the i8, a carbon-fiber-reinforced plastic (CFRP) Life module that gives the car an extremely lightweight passenger cell, while the Drive modules – made primarily from aluminum components – bring together all the car’s operational driving functions, such as the powertrain, chassis and safety structure.

Under the hood, the BMW i8 Concept Spyder uses a plug-in hybrid powered by an eDrive drivetrain combining a high-performance electric motor and an internal combustion engine. The lithium-ion battery supplying the motor with power can be recharged in an extremely short space of time from any domestic power socket. Together, the car’s minimized weight, low center of gravity and finely judged balance, coupled with a combined system output of up to 354 horsepower.